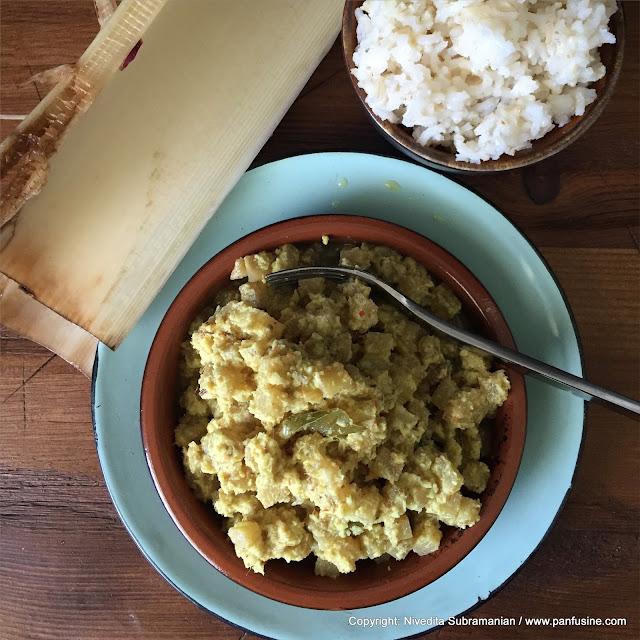 Banana plants (technically they're grasses, which makes your breakfast staple a cereal of sorts) are the classic case of being edible from stem to seed. First, obviously the fruit, and the green version is also used as a vegetable and as a dietary starch staple. The blossoms are cleaned and cooked up into curries and the core can be treated the same way as an artichoke, the leaves are used as thatch and as disposable plates, the central veins of the leaf and the outer layers of the stem are a useful source for ropes and twine. That leaves the core stem and the underground Corm. The corm regenerates into a new plant so I guess humans will want to leave it alone, but the core has a mild vegetal grassy flavor that pairs beautifully with coconut, the texture and crunch is similar to Jicama, but with a certain directionality' (kinda like a steak).. The diced core is boiled in water along with turmeric and salt. and a blend of fresh coconut, cumin and arbol chiles is added to it. Let the mix cook down until all traces of rawness disappear. then finish with a garnish of curry leaves and a drizzle of coconut oil.

If you want to know more about prepping the stem, here's a link.