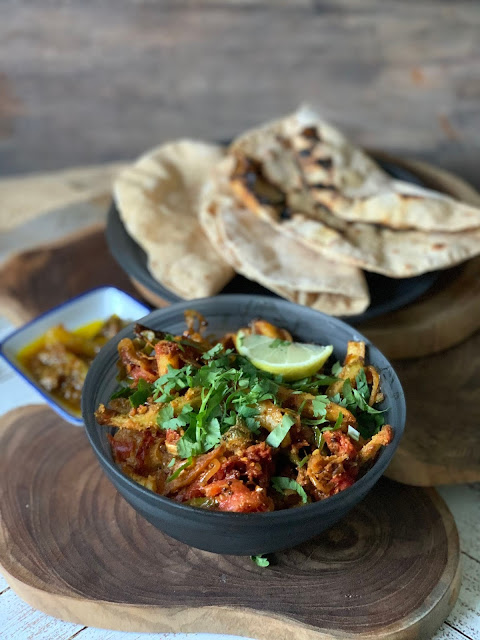 I seriously feel like this scene from the movie 3 idiots.. remember this one?

The way I kept racking up drafts and eventually stopped doing that as well.
Lulled into complacence by the quick high from Instagram posts.
Recipe measurements hastily scribbled into a Moleskine notebook faithfully depending upon my moods.

The truth is that I keep over thinking the backstories needed to make the post more interesting while in reality the truth is that ideas and inspirations just occur spontaneously (like little itches , sneezes or twitches) whenever the opportunity happens to strike. Some really cool ideas that scare the beejeezus out of me and yet prove to be utterly delightful and simple in the end. Others, that seem so trivial that I feel it wouldn't be worth crowing about -- even if there are enough other recipes in that genre that get so much publicity simply because the author happens to have the right marketing knack.

So in the past 4 years that I've been neglecting  my writing,  one aspect has been consistent. I revel in seasonal & local produce. and am fortunate to be living in the midst of farmlands with many local farms that grow amazing produce. Just as one anticipates the seasons month by month, I can almost feel the year fly by depending upon the produce that pops up. 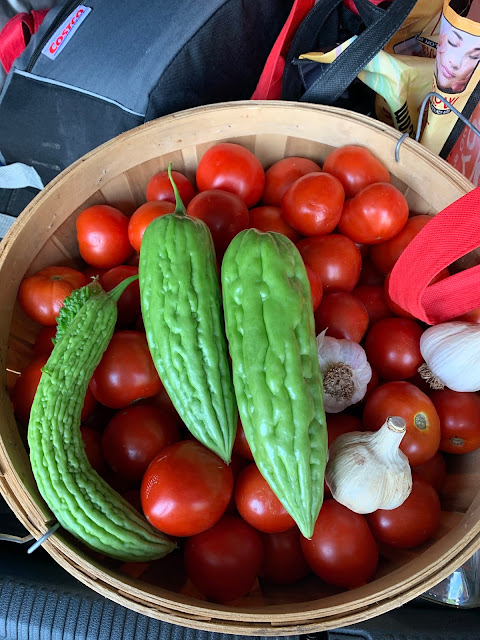 August 1st and as if on cue, the first bushels of tomato began showing up at my local Hillsborough farm country market. As you probably know, I'm a sucker for anything sold by the bushels. Perhaps it harks back to nostalgia stemming from the big woven baskets full of Alphonso / Hapoos mangoes that my dad used to buy when I was a kid growing up in India, the rustic look of that woven straw basket hops over to the bushels and I pounce on it (Scooped up a bushel of nectarines last year from Terhune orchards and made a batch of nectarine jams (both sweet ans spicy, with birds eye chilies)

... Dang, I do seem to be stocked up on backstories a la Heinz Doofenshmirtz, now, don't I? But, I digress..

The first Bitter melon crop also made its debut. For those who've followed me on Instagram, my local farm grows some of the largest varieties of bitter melon / Karela I've ever seen in this world (yes that includes India) . Bought it up  to make a simple Karela and potato subzi to pair with plain roti. 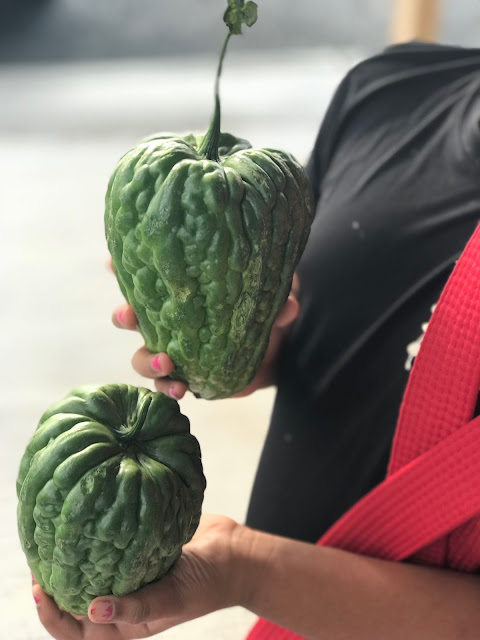 The level of bitterness varies between varieties much like the Scoville scale for peppers. The mildest ones are usually the smooth striated Chinese variant and the other end, the spiny Indian green and the white bitter melons. 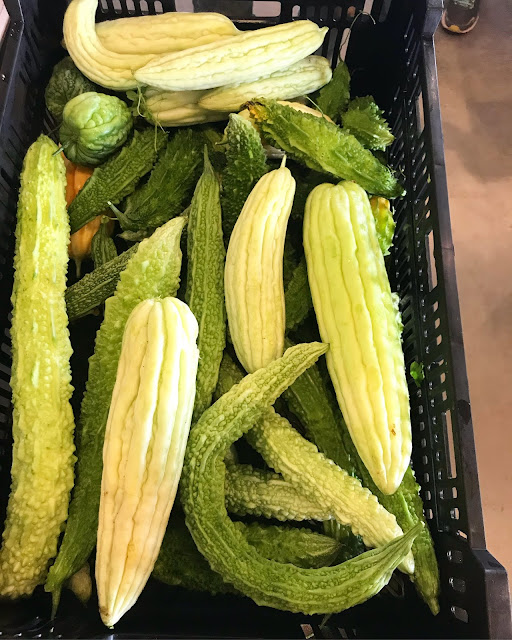 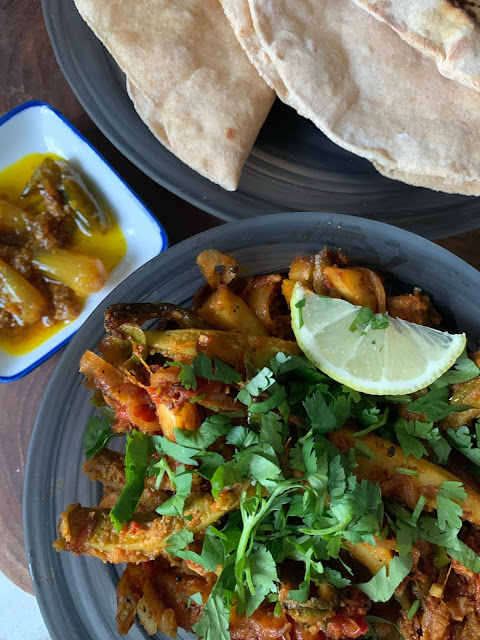 Layer the Kosher salt on a baking tray and pre-heat the oven to 450 F. Place the tomatoes cut side down over the salt and place in the oven. Roast until the skin begins to brown , almost charred. Cool down over a sieve to collect the salty liquids from the tomato. Don't discard this liquor, it is full of flavor and can be added to dals and sambar - just skip the salt in those dishes. remove the peels and chop roughly.

Heat the peanut oil in a skillet and par fry the  potatoes until golden on the outside. remove and place on kitchen paper towels to drain off excess oil. Sprinkle the chickpea flour over the karela and toss to coat evenly. fry in batches until soft and do the same as the potatoes to wick off the excess oil.

Heat 2 tablespoons of oil until smoking in a kadai and add the cumin,  followed by the ginger and the Serrano peppers. once those soften, add the onion  to cook down till a golden brown (past the soft pink stage but not caramelized). add the asafetida, turmeric, and garam masala along with the chopped tomatoes and give it a stir to combine - Remember NO salt to be added because the roasted tomatoes already have all the salt you need - Now toss in the potatoes and the karela, stir and lot cook for ~ 10 minutes covered on a medium low heat until any residual moisture evaporates. Since the tomatoes are already drained of their liquid, there is very little moisture int he first place. This technique works great to incorporate the Umami flavor of the tomatoes w/o diluting the dish. 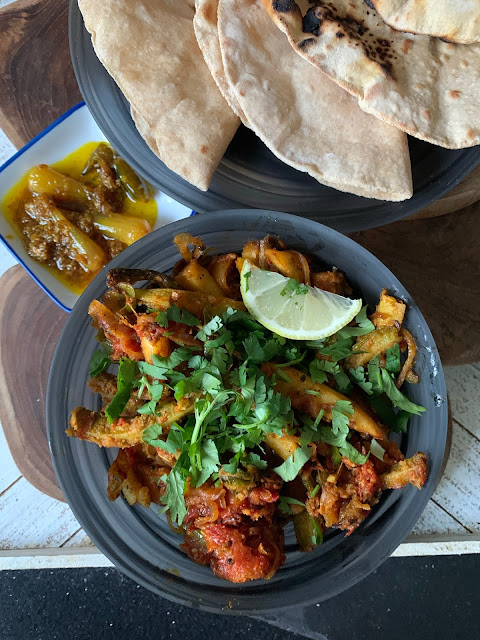 Serve hot with fresh Roti , a side of Achaar (I paired it with Ramp achar , another delicious seasonal recipe waiting to be shared) and Yogurt or Raita.