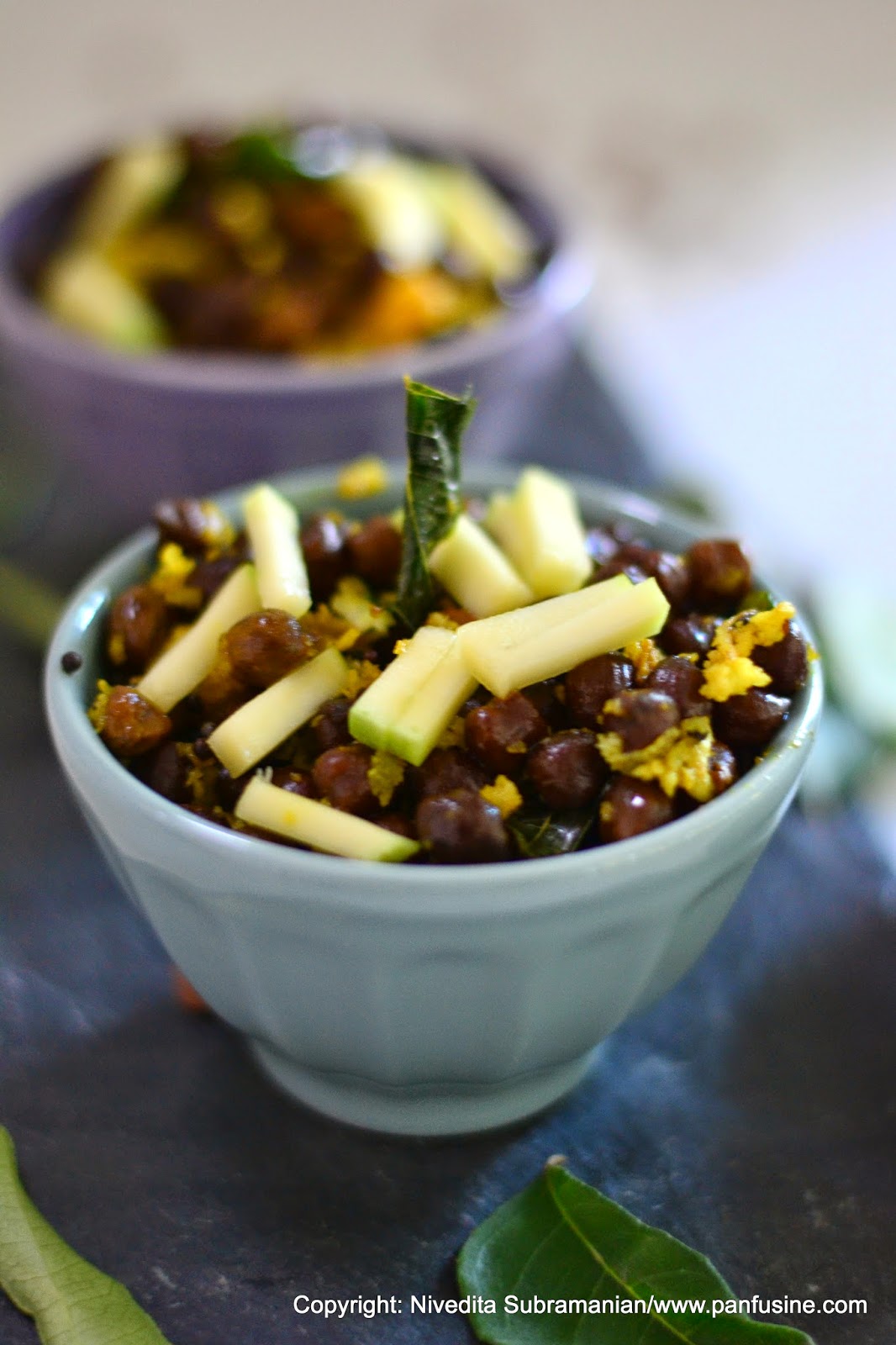 The next 9 days starting from today are dedicated to fighting the forces of evil. The actual 'fighting' will be left to goddess Durga, I'll just worship this awe inspiring mother figure with the best possible 'prasad' I can make.

Have I ever mentioned that a number of the goddesses in the Hindu pantheon are supposed to be worshiped with meat? And that the 'meat' has simply been substituted cleverly with protein rich offering thanks to the waves of the Ahimsa (non-violence) movement that was introduced by the Buddha to counter the spate of butchery of animals in the  ritualistic sacrifice?

Navratri (the festival of Nine Nights) commences the string of festivals that are celebrated when the sun makes its southward journey and winter sets in (in the Northern hemisphere). From a mythological POV, this signifies the turning of the tide to the 'dark' forces, the plants shedding their leaves and going into a non productive mode, of fruits dropping off the trees, the destruction of the fields to harvest the grain and so on. Mankind tucks in hoping and praying that he has enough sustenance to tide him through the bleak winter months.

I personally love this festival for its Female centric significance. Arrogance and Ego (in the Buffalo demon Mahishasura belittling a woman as weak) gets soundly kicked royally by the femal aspect of divinity as Durga or Chandi in the form of  a gorgeous, confident woman dressed in bridal attire riding a tiger). As befits a warrior who requires energy to fight battles, the respective offerings to the divinity are correspondingly fortified protein rich dishes (who ever heard of someone going to war fortified by snooze inducing carbs, right?). The offerings are usually made of legumes or bean (both rich vegan protein sources, stir fried simply with a tempering of mustard and curry leaves. additional flavors get layered on as per personal preference. 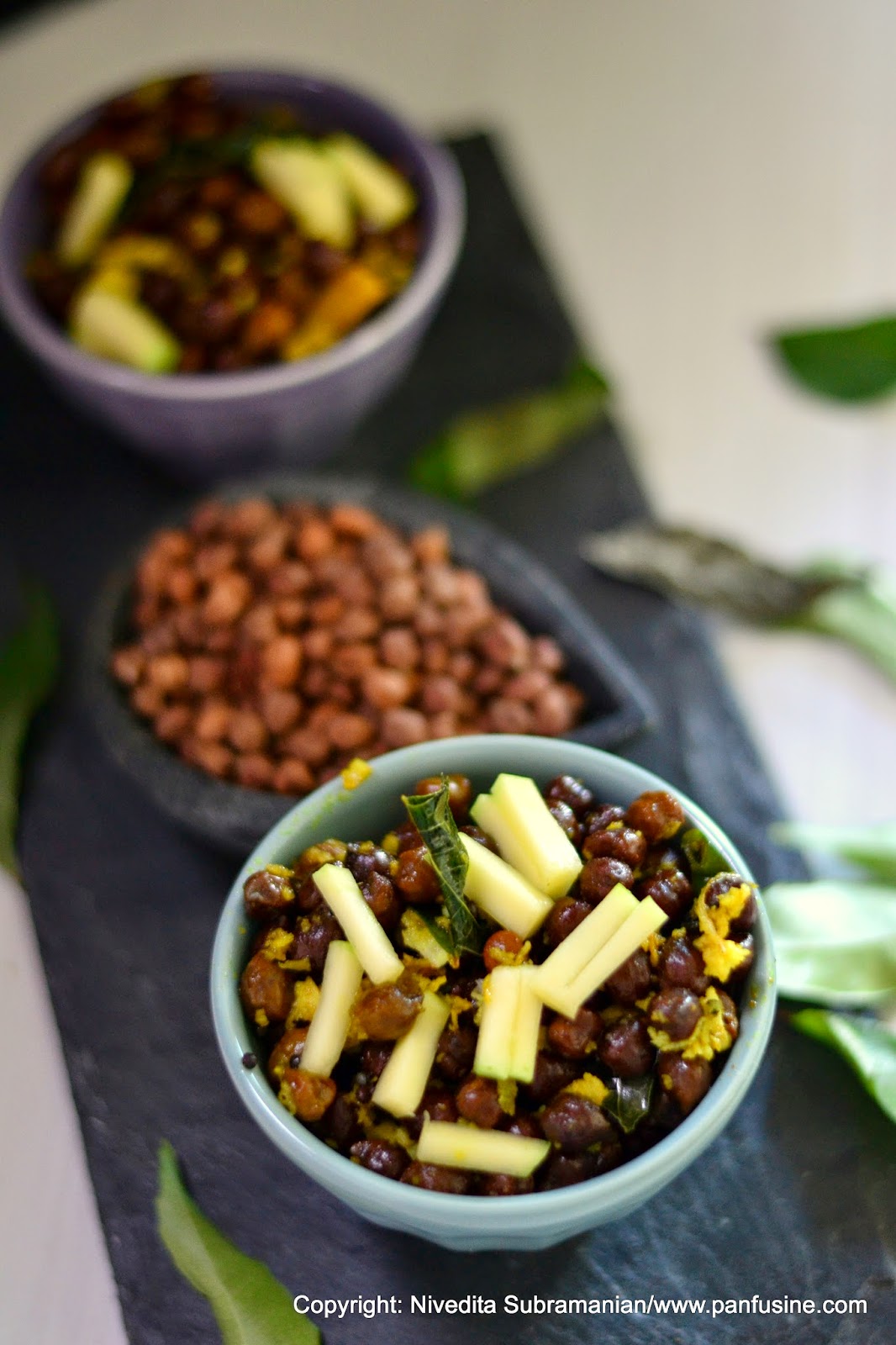 Rinse the plumped up chickpeas and cook them in plenty of water with a pinch of baking soda added until the legumes are soft and get squished when you press one pea between the finger and thumb. Drain and set aside.
Heat the oil in  cast iron skillet and add the mustard when the oil begins to shimmer, Once the mustard seeds pop, lower the heat and stir in the chiles & torn curry leaves along with the asafetida. Now add the cooked chickpeas, turmeric and salt. Stir, cover and allow the mixture to combine flavors under the low heat for about 10 minutes (until any remaining water evaporates). Sprinkle the coconut shreds and fold to disperse the coconut evenly. Serve warm with a wedge of lime on the side (if you don't have any raw mango). 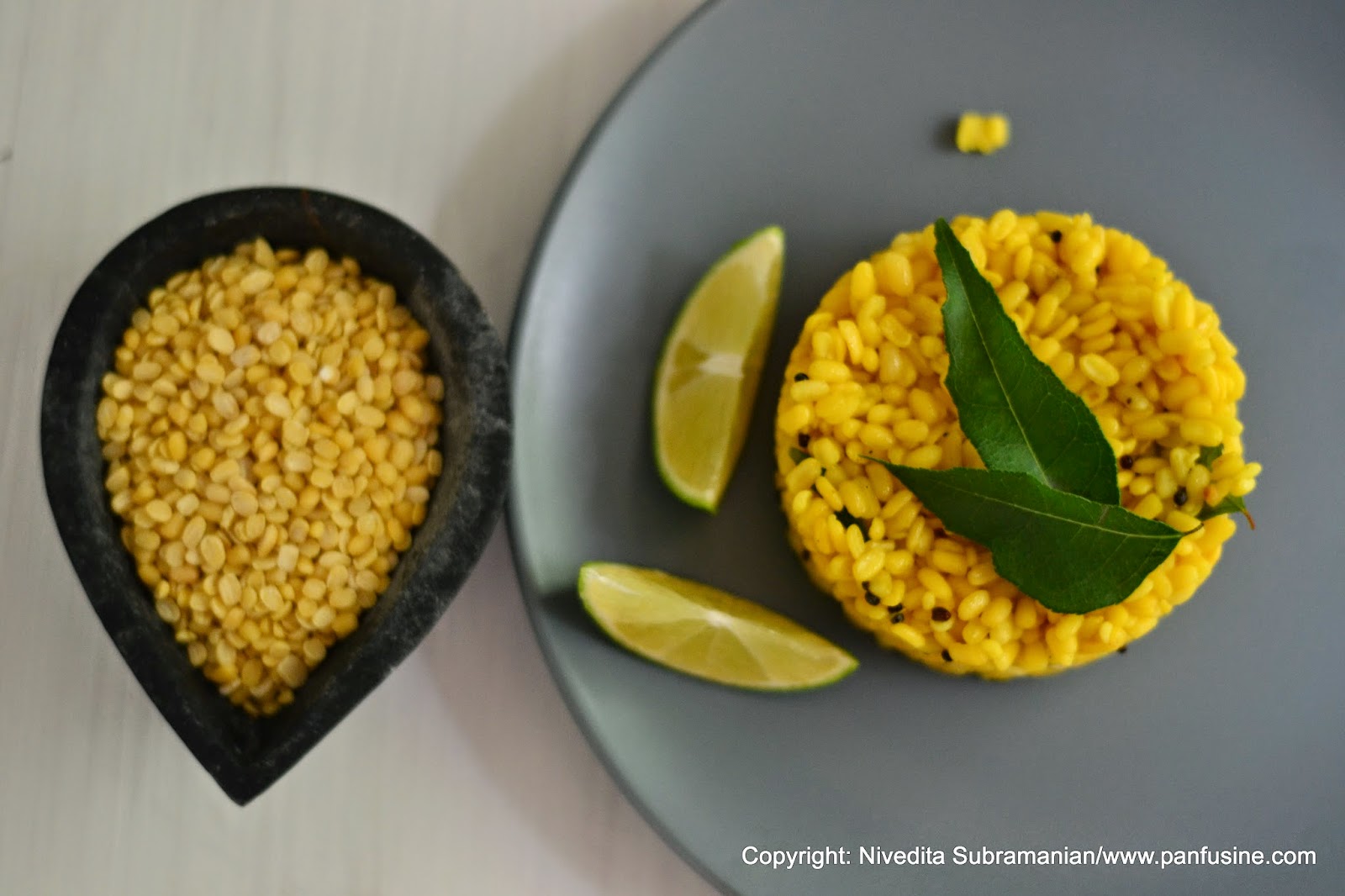