Day 4 and time for a stir fried dessert! 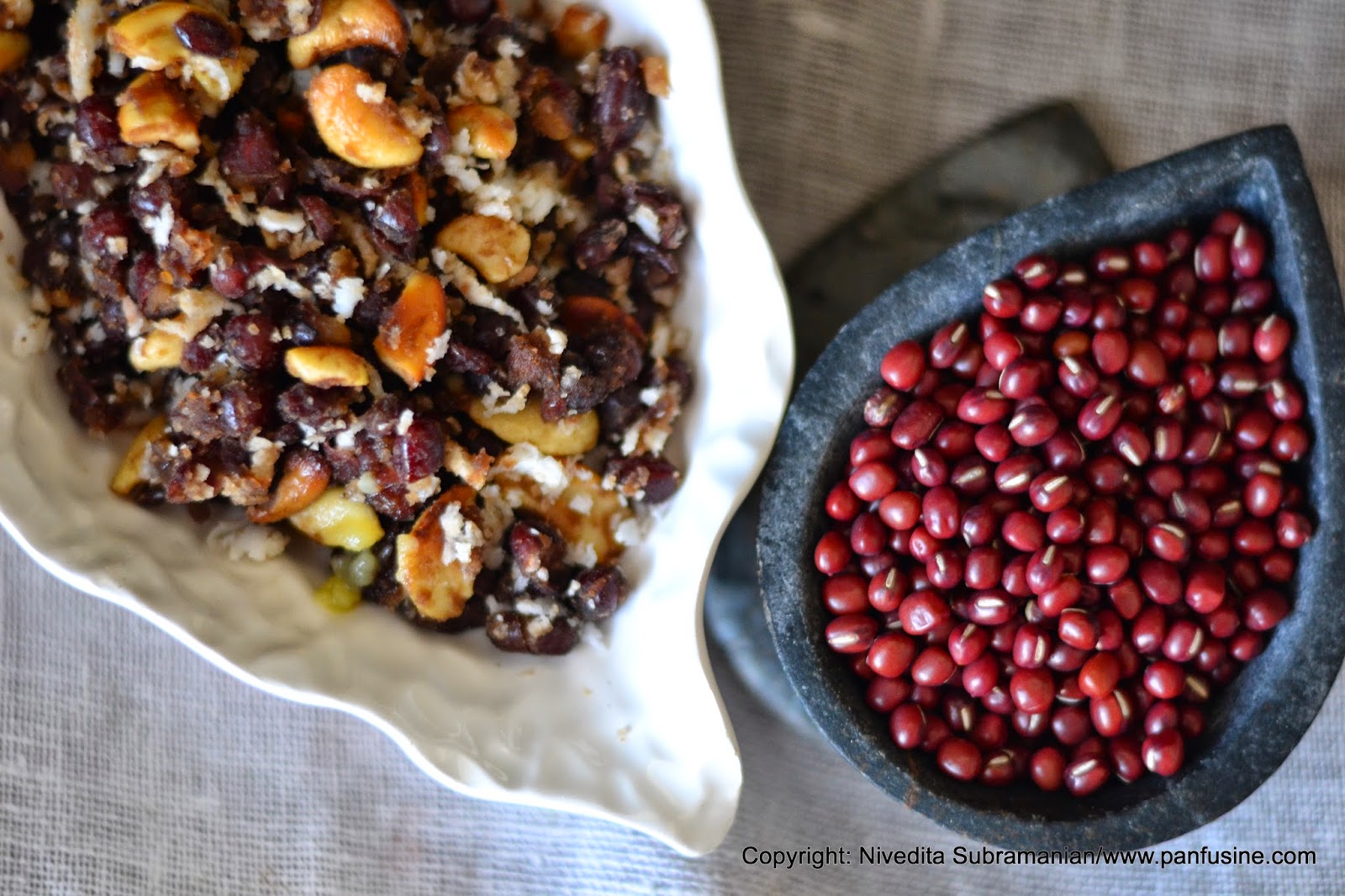 Stir fried desserts..Now that's something you don't hear of very often, No, I do not plan to subject anyone to lentils served up as a dessert, (Although the concept is worth contemplating about.. Is it not?)
Adzuki beans are used in making bean cakes in oriental cuisines and its a natural ingredient to be paired with sweeteners. This is a traditional South Indian recipe which usually employs black eyed peas. I happened to have a bag of the adzuki beans at home and as is to be expected, I tend to favor the ingredient less used.

Cook the hydrated adzuki beans in adequate water until they can be squished easilywhen pressed between the thumb and finger.
Heat the ghee in a skillet and add the cashews. Fry until they turn a golden brown color. add the cardamom, the cooked beans and the sugar. allow the sugar/jaggery/panela to melt and cook down until the moisture is evaporated. Add the shredded coconut, stir to incorporate completely and serve warm. 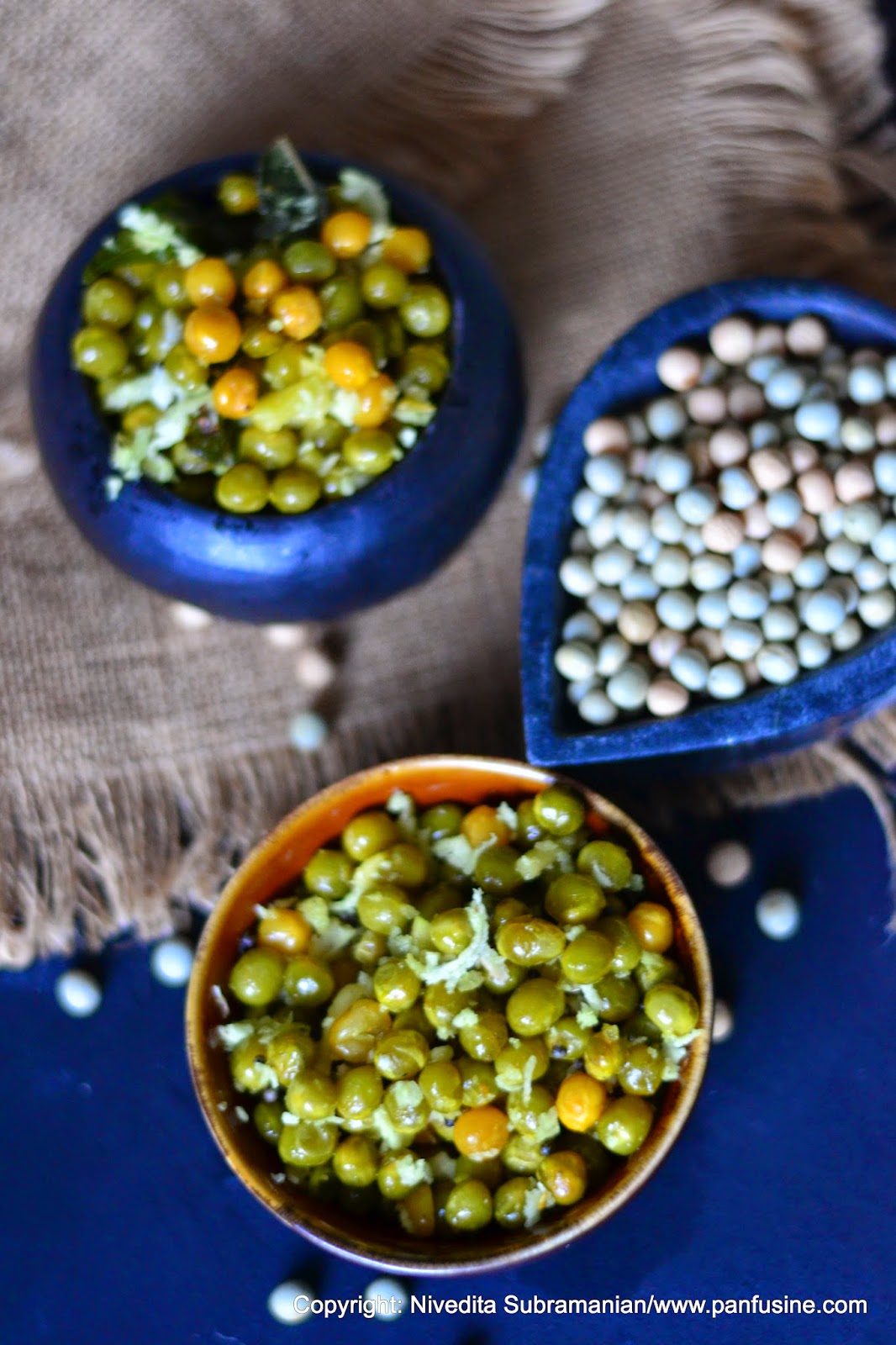