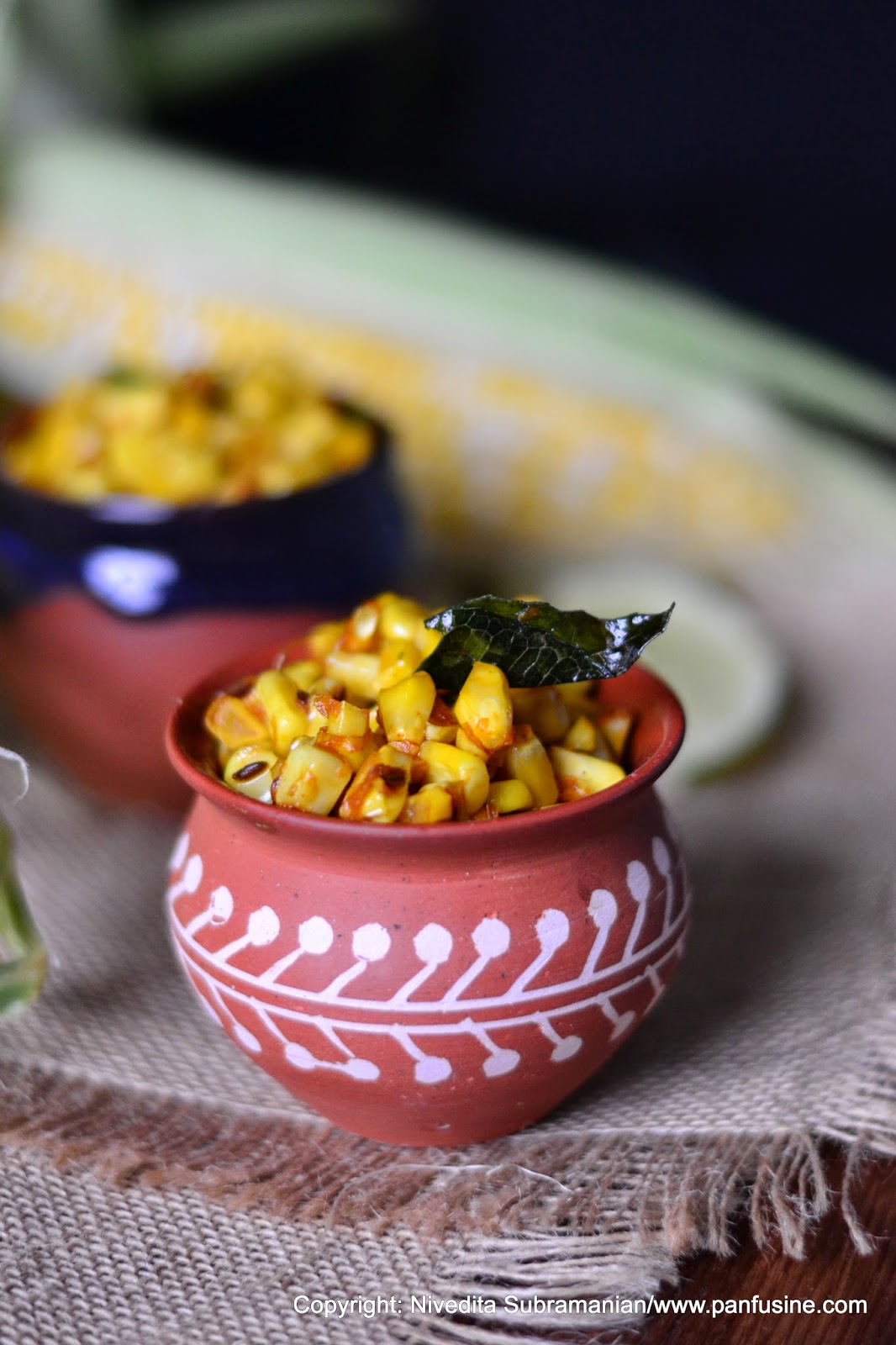 And before you know it, Navratri is almost over. Just 2 more days (or three, if you want to include the 10th day Vijaya Dashami) of celebrations, after which the festival season is officially open. The next three days are the most significant of Navratri. Ashtami (8th day) is regarded as especially auspicious, especially in the Eastern Indian states such as West Bengal. The last day of the festival, the ninth is regarded as a rest day when all implements & tools of the trade are worshiped as Saraswathy, the goddess of wisdom & knowledge. This was a favorite day for us as kids. It was one day when parents would actually tell us to skip studying!
The last day is known as Vijaya Dashami (Vijaya means victory in Sanskrit), and is regarded as a favorable day to commence any new endeavor in life, be it music / dance lessons, or a new business, basically anything new endeavor in life.. Kind of puts a positive spin to life doesn't it

Although religious in spirit, the extended festivals such as Durga puja (in the eastern part of India) and Ganesh Chaturthi (in the western parts of the country) were made popular for socio-political reasons during the days of the British Raj. These large scale celebrations were perfect for social reformists and freedom fighters to gather without raising suspicions from the British authorities.

From a culinary POV, I try to include as many locally sourced ingredients as possible and Sweet corn is in season. Today's stir fry is  seasoned with  smoky Pimenton pepper. 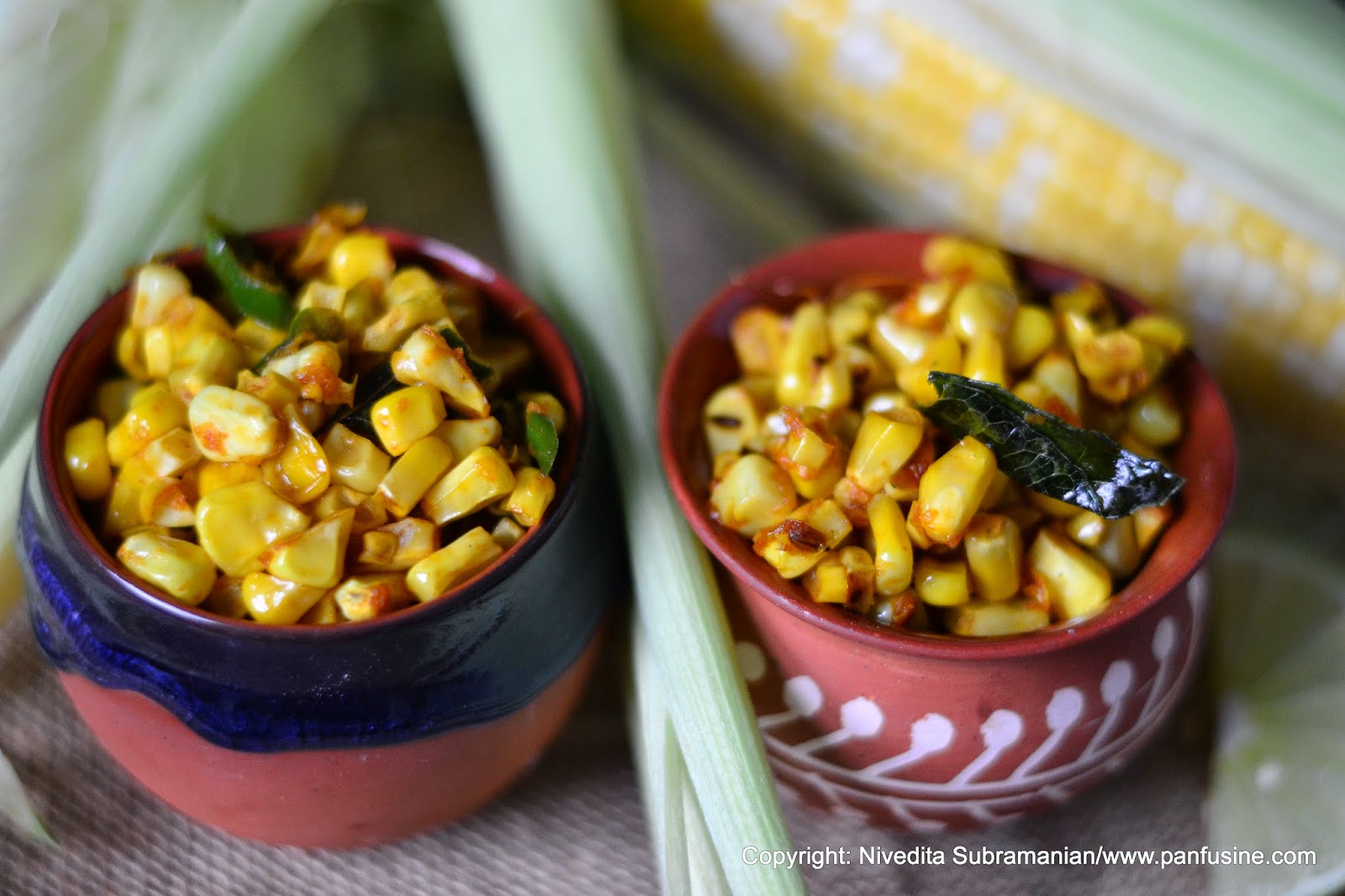 Heat oil in a skillet and and add the cumin when the oil begins to shimmer. Once the cumin seeds sputter and split, stir in the curry leaves and serrano chile. Toss in the corn kernels and the turmeric, and saute on high heat until tiny dark spots appear on the kernels.Sprinkle the pimenton/paprika and the salt (as per taste). Lower heat, cover and allow the corn to incorporate the flavors of the spice (~ 5 minutes). Transfer to a serving dish and drizzle with the lime juice. Serve warm.

Tomorrow's stir fry ingredient was sourced from the freezer - Frozen shelled edamame. Its been the favorite one thus far, I barely got a taste while the other half & my 8 year old eagerly scarfed it down! 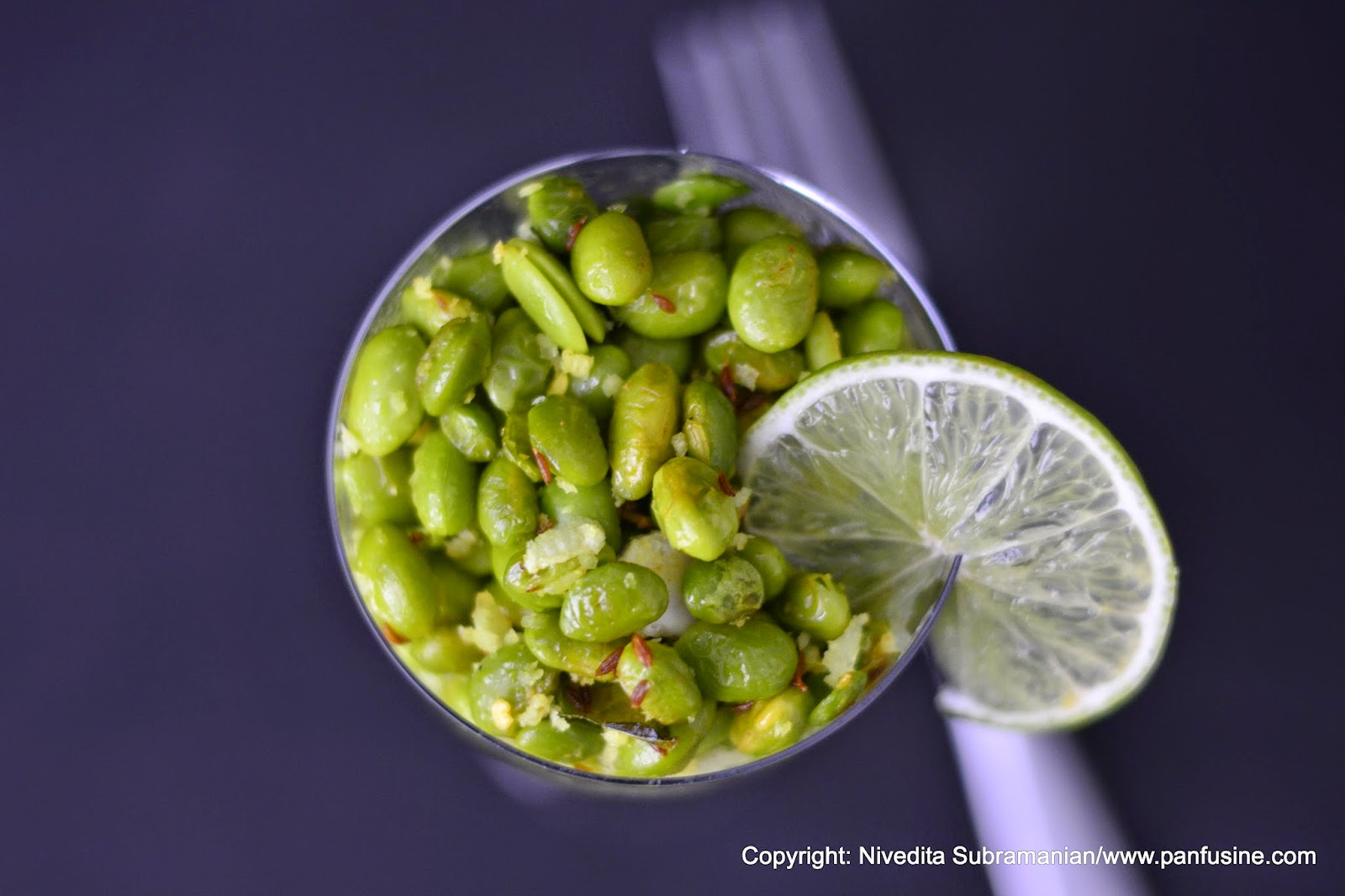