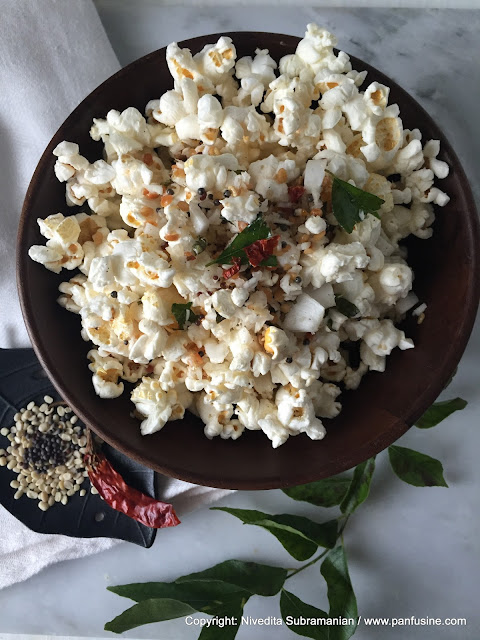 Inspiration comes from the most unexpected of sources, it's up to the individual to use and interpret the signal and filter it from the surrounding noise. Call it signal processing or an interpretation of the Bhagvad Geeta or simply neural transmission and the brain processing the sounds it hears and making sense of it. you know its a winner of an idea if something constructive comes of it.

Yesterday, it was a random babble session with my 6 year old, she came up to me insisting that we had to make some coconut popcorn -  when I asked her who told her that she invoked a character from Jake and the Neverland Pirates. It seemed such a cute conversation that I shared it simultaneously on Facebook. I was rather clueless about what she wanted, since her palate is extremely restricted, Rice and Pasta to be precise. And sure enough, my friends rallied with possible interpretations. 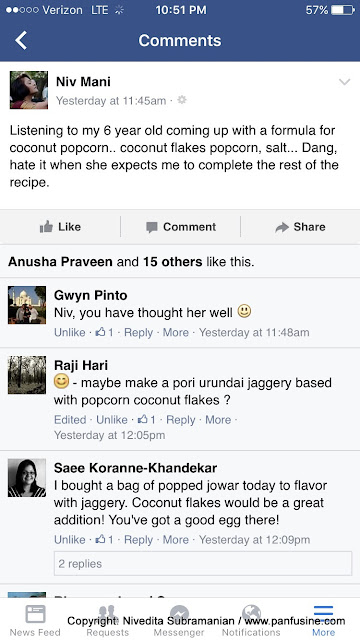 Knowing how much my kid does NOT care for anything sweet that I make (told you she keeps me grounded, I have to work to get her culinary approval), the first thing I could think of was the traditional coconut rice prepared South Indian style. In the meantime, she had already pulled out the popcorn air popper and an open bag of kernels, and was all set to make a batch. I had no time to think about any other suggestions and went with my first instinct - and I could not ask for a better 'Panfusine' finale for the year 2015. 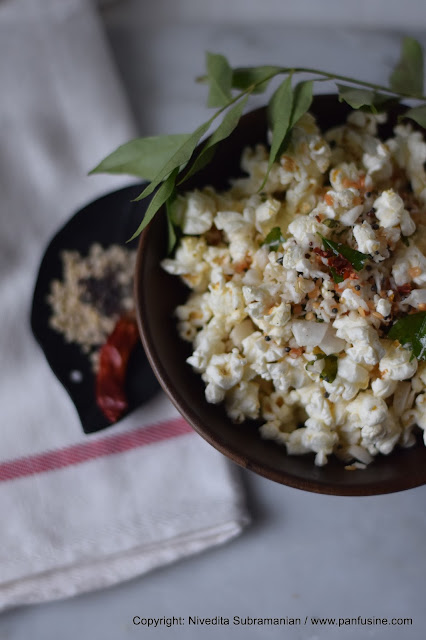 
Heat the coconut oil in cast iron skillet and add the mustard and urad dal. When the mustard pops and Urad dal turns a light brown,  add the cashew nuts, chilies, curry leaves and salt. Allow these to bloom and emit their signature aromas and flavor. Toss in the shredded coconut, and then empty the entire the contents of the skillet into the bowl holding the popcorn. Fold with a spatula to evenly disperse the coconut tempering throughout the popcorn. Serve immediately. 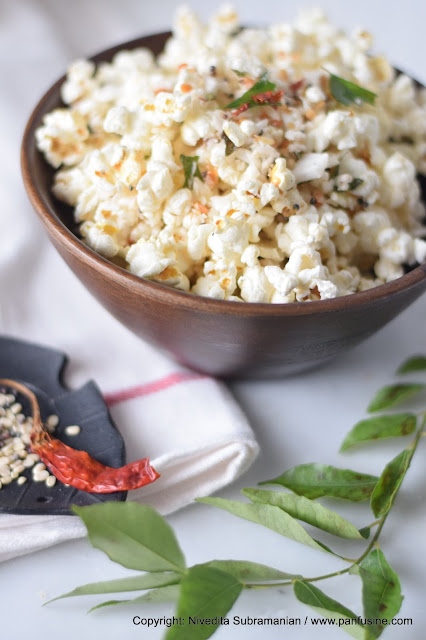 Now, get yourself a nice chick flick or masala movie over Netflix or your DVD, a nice cup of tea, sit back and look forward to a fantastic New year 2016! 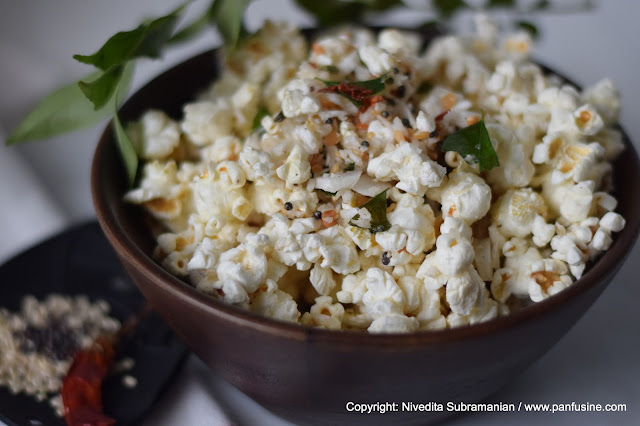 Wishing everyone of you, my precious readers a wonderful New year. Thank you so much for all the support during this past year.