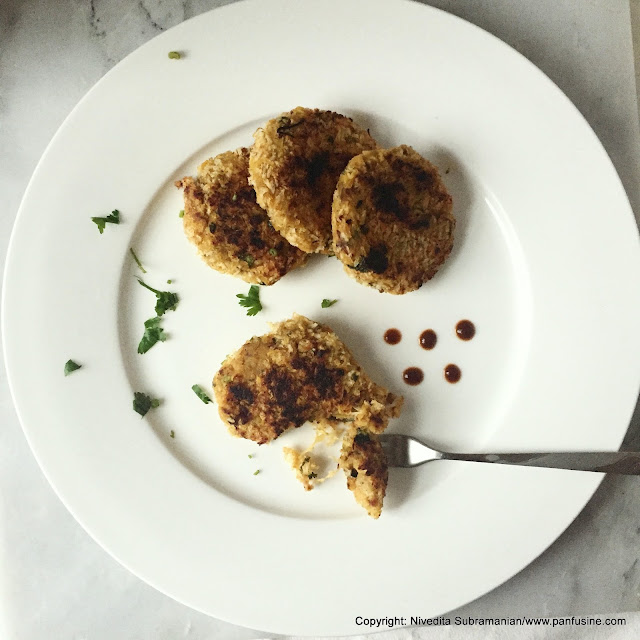 Facebook seems to be better at keeping track of my recipes than I do. they promptly reminded me of the very first time I made latkes way back in 2010. a South Indian style recipe spiced with turmeric, chili powder and a pinch of hing. those were my nostalgic day of my faithful Canon point and shoot (my kid decided to literally prod it until it  conked out). My old kitchen with the Formica counter tops. When Le Creuset pots and pans were a dreamy luxury rather than a 'necessity' I have completely convinced myself of, not to mention filled my redone kitchen with so much that I've moved some of the bigger pans down to the basement - And they're the best investment I've made when it comes to Kitchen gadgets. As they say in Hindi - Poora Paisa Vasool (complete value for money).

5 years down the line, I felt the need to move away from the root vegetables and zucchini Latkes seems to be done to death. I'd already gone completely esoteric with Banana stem Latkes - a recipe that I've yet to post despite making it over a year ago. Actually it was a choice between that or my other recipe for sweet potato latkes with Fenugreek greens that I had the opportunity to share with Deb Perelman on the Leonard Lopate show. 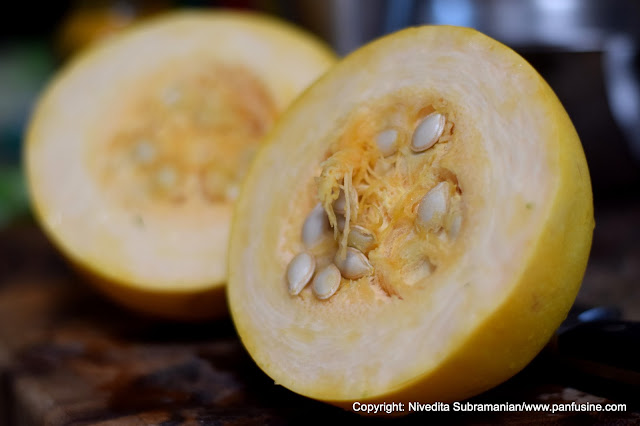 This year, the ingredient of choice was Spaghetti squash. I've dabbled with these golden orbs over the years but never posted any of my creations until today. Roasted spaghetti squash is surprisingly sturdy even after roasting to a golden brown and seems to be perfect to fry into a golden pancake.  except its not exactly conducive to crisping up the way potatoes or other tubers do. Well, there's a solution for that and its given in detail in the recipe.


You need:
1 medium sized spaghetti squash sliced into two parts around the 'equator'

Liberally brush the cut surfaces of the spaghetti squash. place on a baking tray and into an oven preheated to 450 F. Bake the squash halves for 30 minutes or until the flesh appears to peel away from the thick skin. Allow to cool completely. 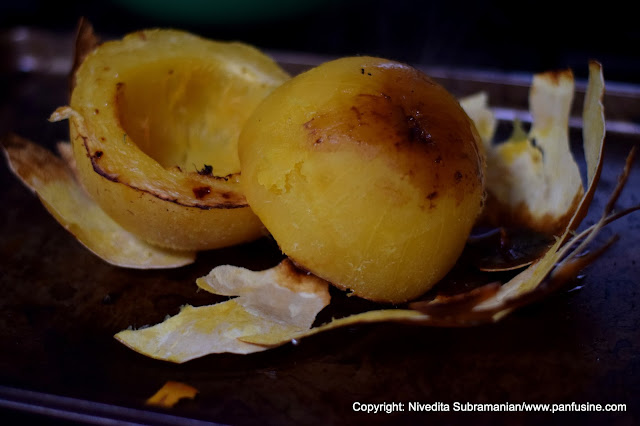 Using a fork scrape away the strands of squash into a large bowl. Separate the strands before you add the other ingredients. 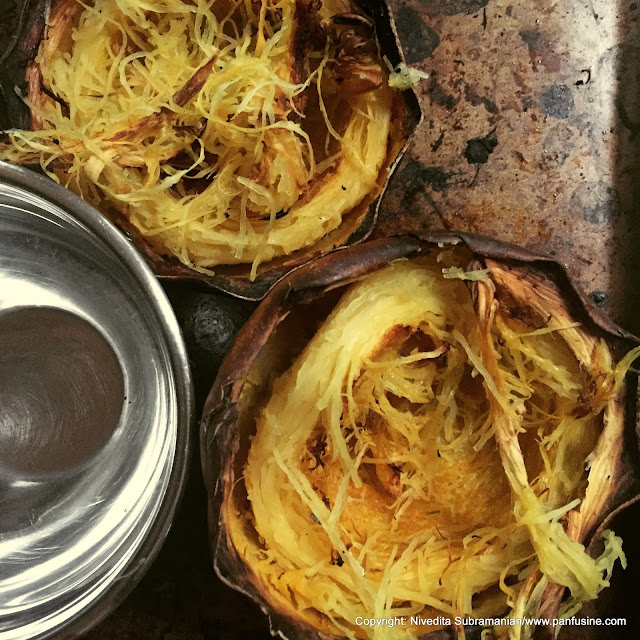 Combine all the ingredients along with the roasted spaghetti squash (except the oil of course) into a thick consistency. Divide the mix into 8 or nine equal portions. The Panko is  critical for this particular latke for the crunch value. Latkes made without the breadcrumbs tended to be rather soft and squishy.

Heat oil in cast iron or non stick skillet and place 3 patties at a time onto the hot surface. Allow to cook for about 3-4 minutes on medium high heat. Carefully flip the pancakes using a spatula and cook the other side for another 4 minutes. Repeat with the remaining mixture.

I would ideally have served these up with a thick yogurt raita, except this particular batch was made for my kid who prefers ketchup on everything! 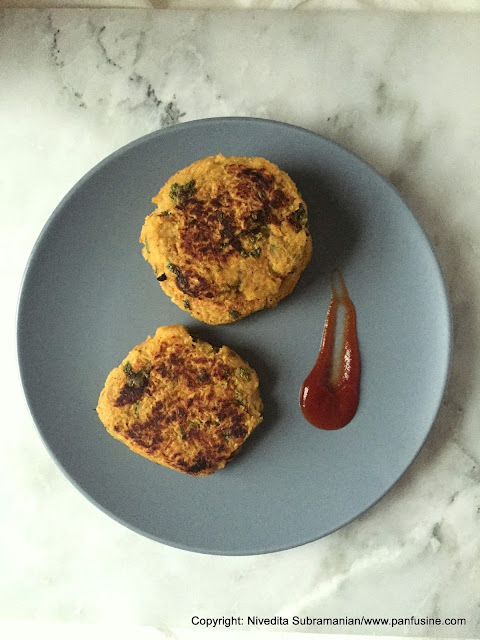 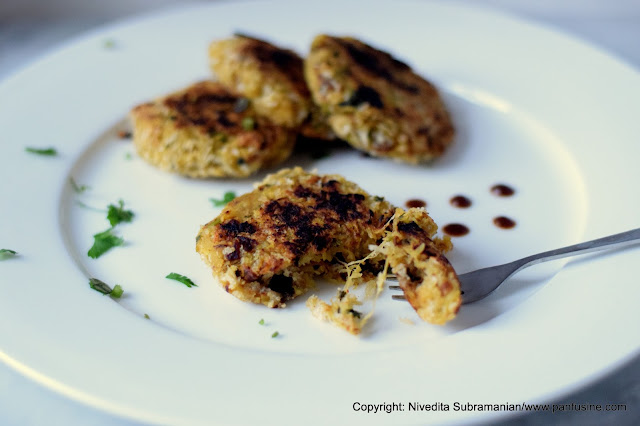