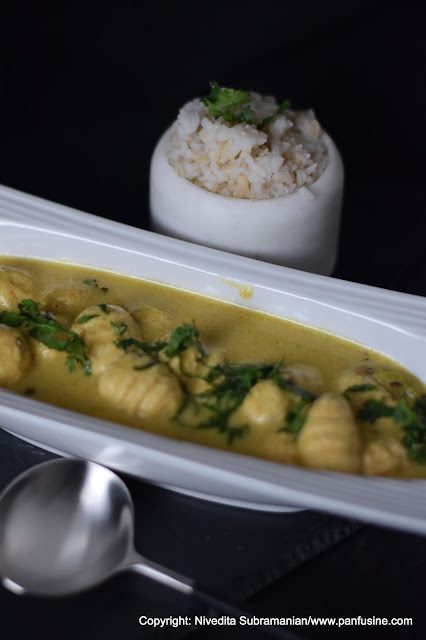 I think the technique for this posts recipe was the first victim of  my extended hiatus from regular blogging.
The event was the Indian Food Bloggers Meet (#IFBM2014) last August, KitchenAid (India) had sponsored a cooking Demo by the Executive Chef of JW Marriot, Bengaluru, Chef Surjan Singh Jolly. The general consensus among the bloggers was that we were being talked down to, but he did an interesting demo of poached chenna (Paneer that's not been pressed completely into shape.) in a tomato gravy. Tchamankut, I think he called it. Unusual name not withstanding, it still fundamentally translated to a simple 'gnudi' - ricotta cheese gnocchi with a touch of flour and eggs used as a binder.

I had tried out the technique of poached chenna (in a gravy of creamed baby kale ) last September, but I never got around to writing the recipe down quickly enough. Some of my tastiest recipes have been lost to this particular negative quirk of mine. 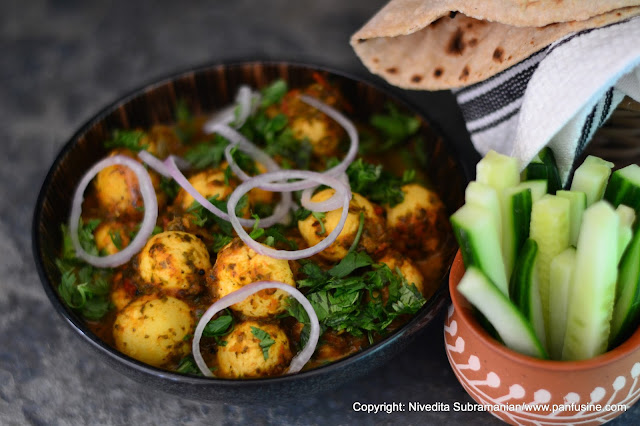 Its been over a year (14 months to the day, the date on the photograph is 7th September 2014) before I got around to using the technique again and my current spice blend of interest happens to be Vadouvan, a heady mix of shallots, garlic and fenugreek. Its a .curry powder' contribution from the erstwhile French colony of Puducherry in South India. For a first introduction, I picked up a bottle of this spice from my local Williams - Sonoma, but Savory Spices carries the spice too  -- Ironically, Vadouvan is hardly ever ever found in an Indian Grocery store like its British cousin 'curry powder' is)

To poach the 'Chenna', you have to knead the paneer until you've pretty much eliminated any extra moisture, or else you'll be left with a messy cloudy pot of boiling water. This is important especially when making your own paneer.

You need: (for the spiced gnudi) 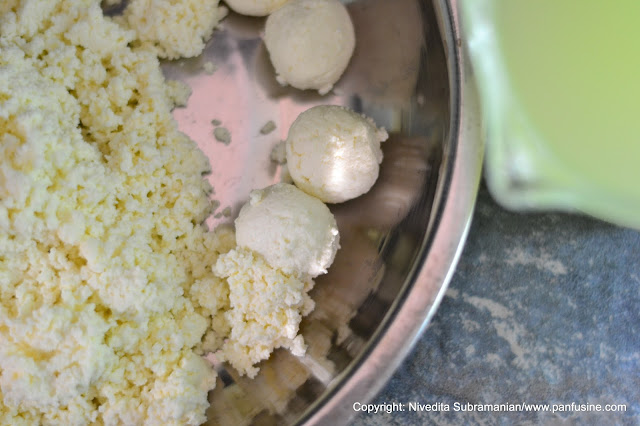 Heat the ghee until melted and add the Vadouvan and the tomato paste. Once the spices 'bloom' and emit the signature aroma, pour over the crumbled paneer, salt and cornflour. Knead into a smooth mass. Pinch off marble sized pieces and roll. (you could run these over the tines of an inverted fork to get those gnocchi like ridges if you want). 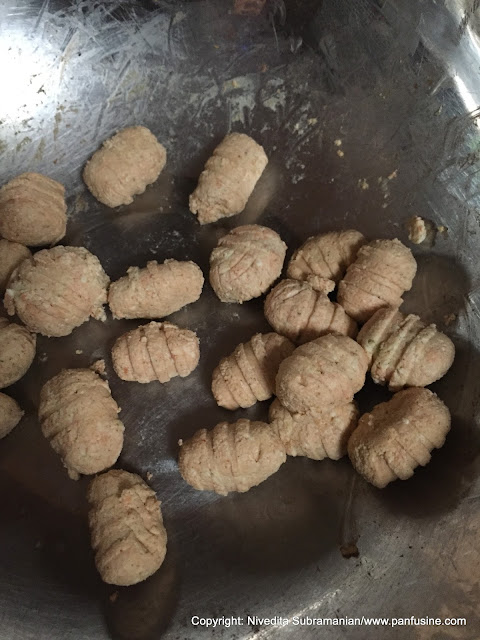 Set aside while you prepare the kadhi.


Whisk the yogurt, with the water, besan,  ginger garlic paste. salt and turmeric, ensuring that there are no lumps.

Heat the ghee until smoking and add the coriander, cumin and fenugreek seeds. once the whole spices have 'bloomed' add the Vadouvan, green chile, curry leaves and the asafetida. Pour in the Yogurt mixture and bring it to a gentle boil on low-medium heat.

In another large pot bring about 2 Liters of water to a boil. Add a pinch of citric acid or some lemon juice to the water (just an extra bit of insurance to make the proteins in the paneer seize up to prevent them from disintegrating) 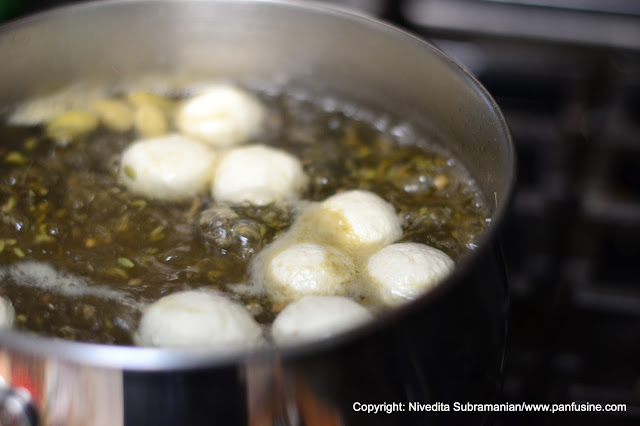 (This photograph is from a year ago and the Paneer was being poached in water with whole spices added to it. The current recipe already has spices kneaded into the paneer).

Add the Paneer in batches to the boiling water. You do not want to add it all at once and crowd the pot.  The Paneer will initially sink to the bottom and then rise up to the surface as the water heats up again. Once they float to the top gently remove them using a spider skimmer and add them to the Kadhi. 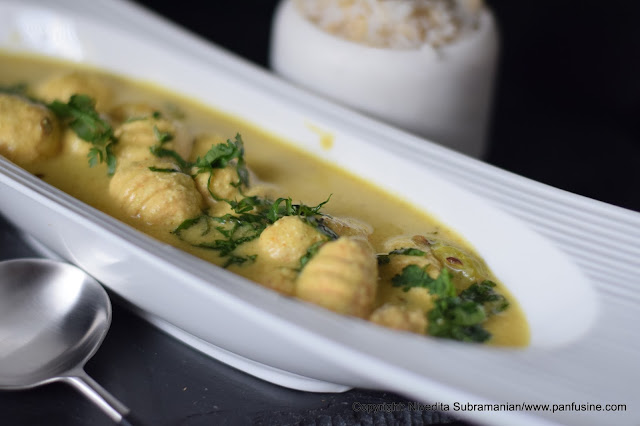 Gently transfer the Kadhi to a serving dish and garnish with finely chopped cilantro. Serve with steamed rice or plain roti. 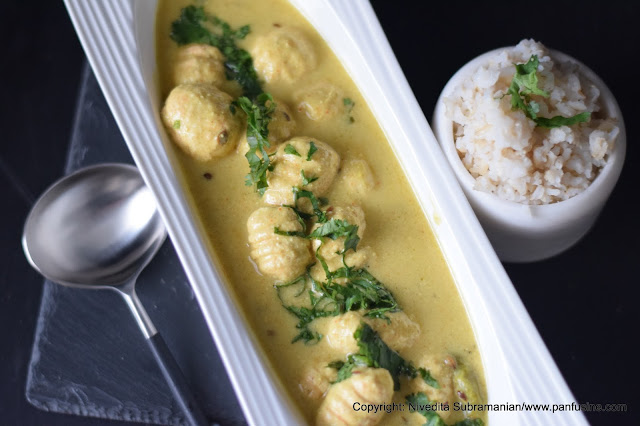