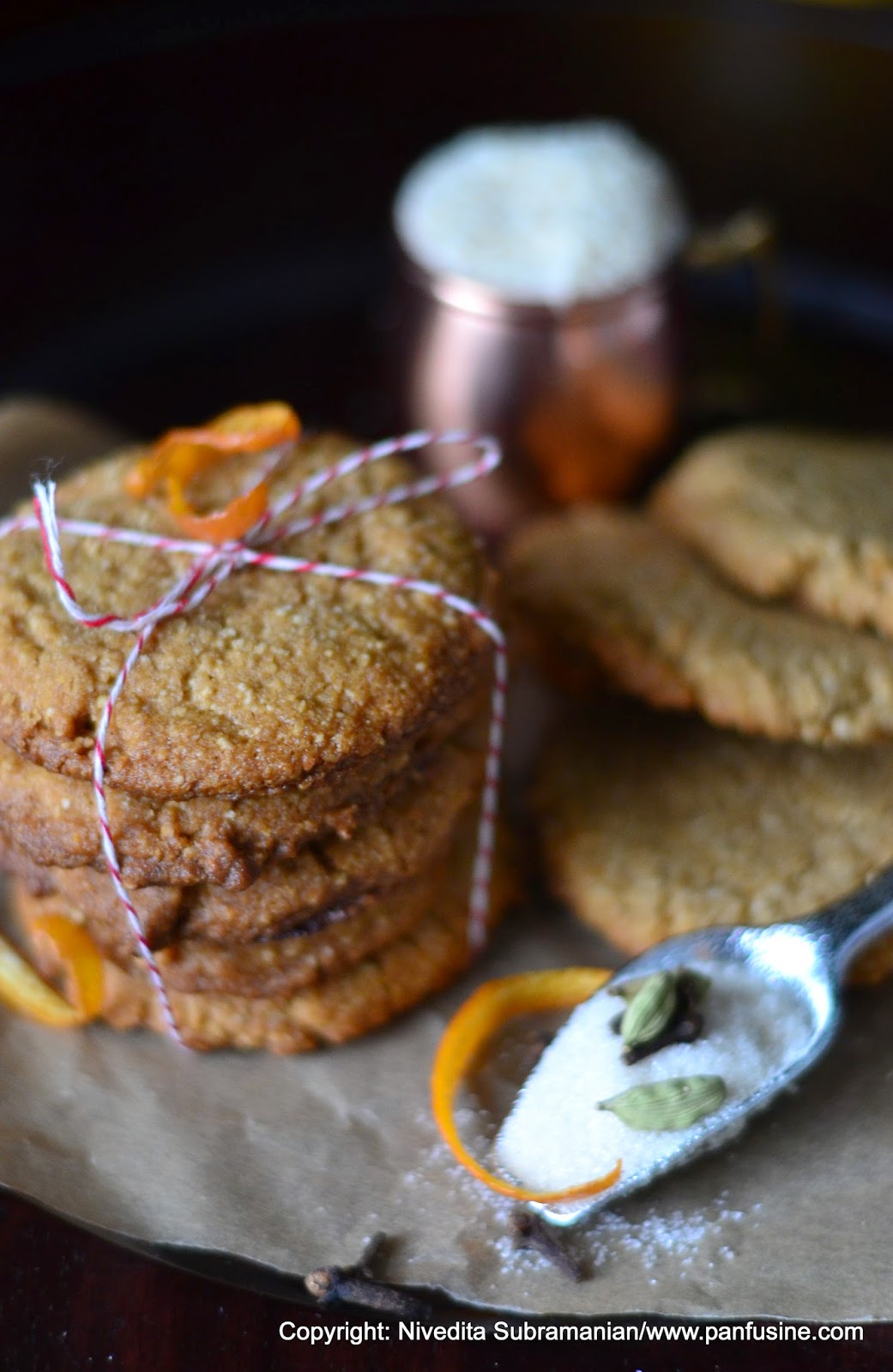 Who says you need to belong to a particular religion to celebrate the culinary traditions of their festivals? Growing up, any festival meant that we either gave or received a platter of delicious goodies from neighbors and friends, depending upon the festival, and in doing so, there was a certain bond of appreciation and understanding that prevailed. So unlike the narcissistic, holier than thou attitudes that's being marketed by the 'For Profit' evangelical outfits (and their political patrons) that seem to proliferate nowadays.
Santa was very much a presence during my childhood, even if there was no tree. (Bombay is a tropical city and in those days the only artificial trees that used to go up for sale resembled bottle brushes stuck into a wooden pole (not unlike a Festivus pole!). The stocking was my dad's sock and somehow Santa would always turn up on Christmas Eve ~ 8:00 pm, sometime when I was eating dinner in the kitchen and would squeeze in my gift in the sock that had been placed on a step-stool in the balcony. a little wind up car, and a bar of Cadbury's  Five Star chocolate.

Fast forwarding from Nostalgia to a couple couple of  decades later, and Christmas at home is celebrated with a real Frasier Fir Tree & a plethora of desserts that the kids dig in. The only thing that seems to be missing is playing 'Mary's Boy Child' on Christmas morning, something my dad did without fail, with the same enthusiasm as he played bhajans and the Suprabhatam on other days. 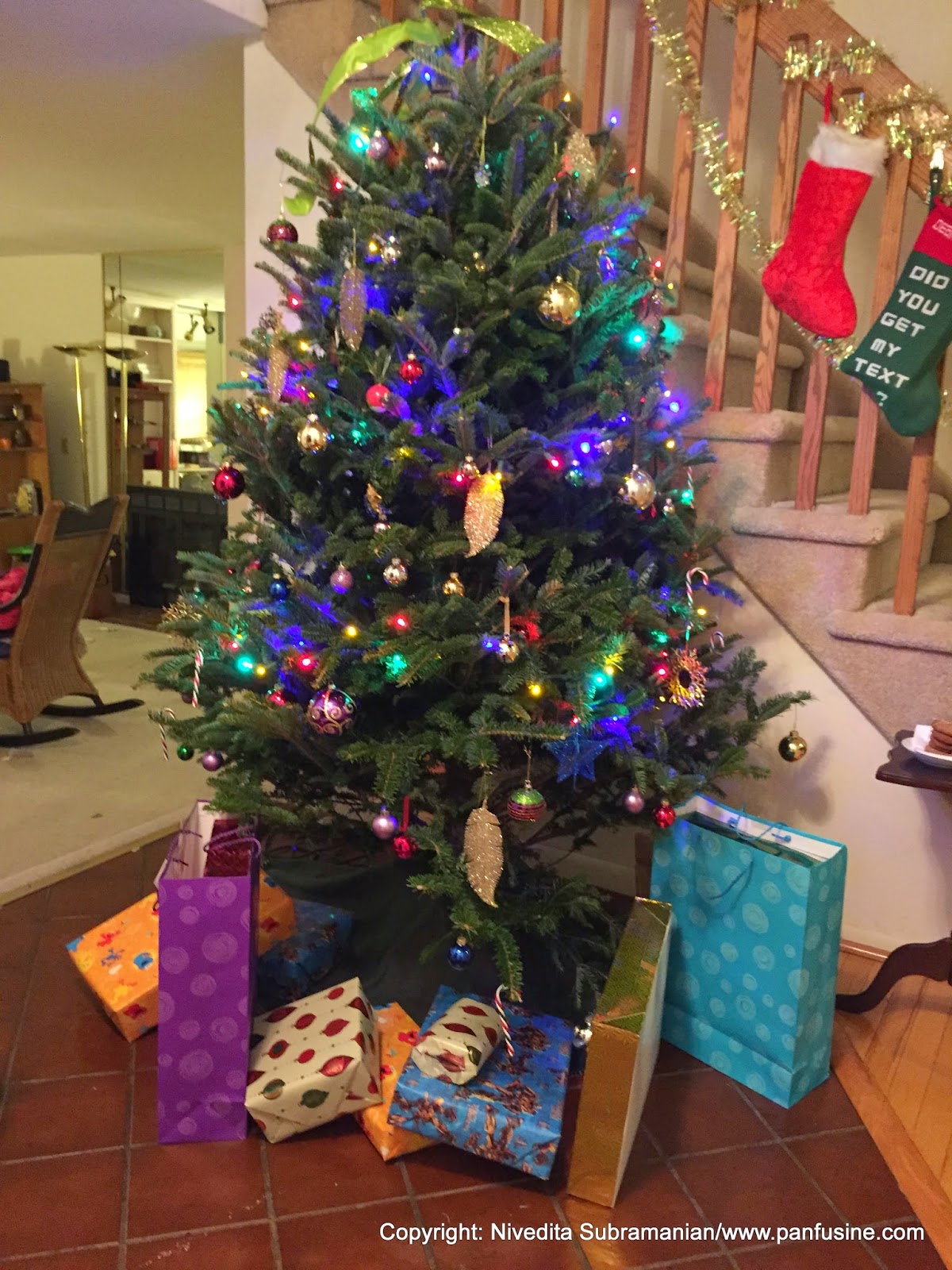 This year's line up was a delicious trio, the kids wanted brownies, I was craving my signature Carrot Halwa blondie bars, and there was half a gallon of cream top whole milk in the refrigerator just waiting to be used.

The milk was eventually reduced to a fifth of its original volume and sweetened to make a classic Indian milk pudding called Rabbdi. It doesn't require a recipe, just lots of time to make it! ( I'll post the recipe soon!) 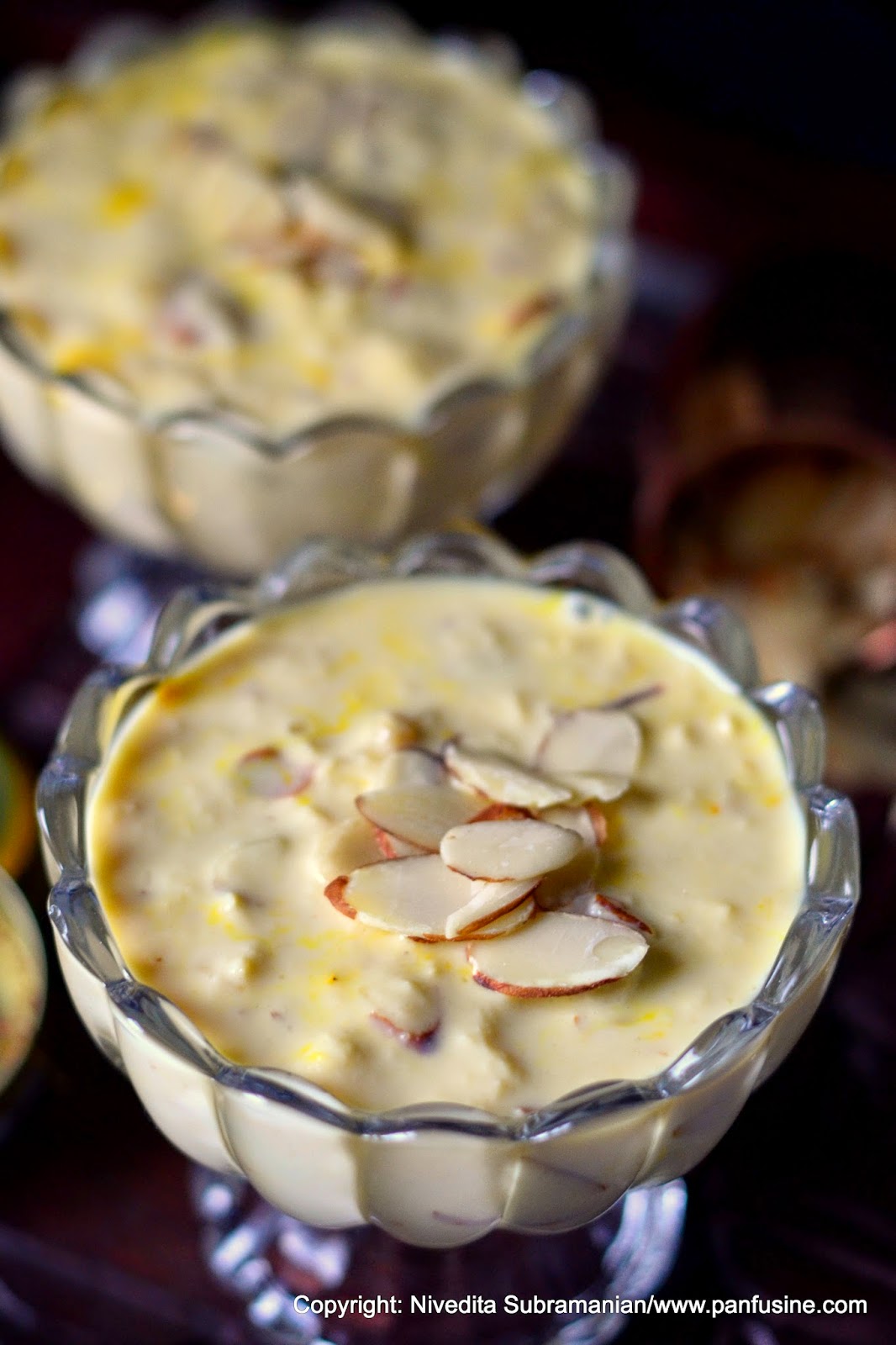 Santa however got a brand new cookie, with Cashew Flour (I was hoping to make it completely gluten free, but decided to play it safe at the last minute by adding some all purpose flour into the cookie dough. 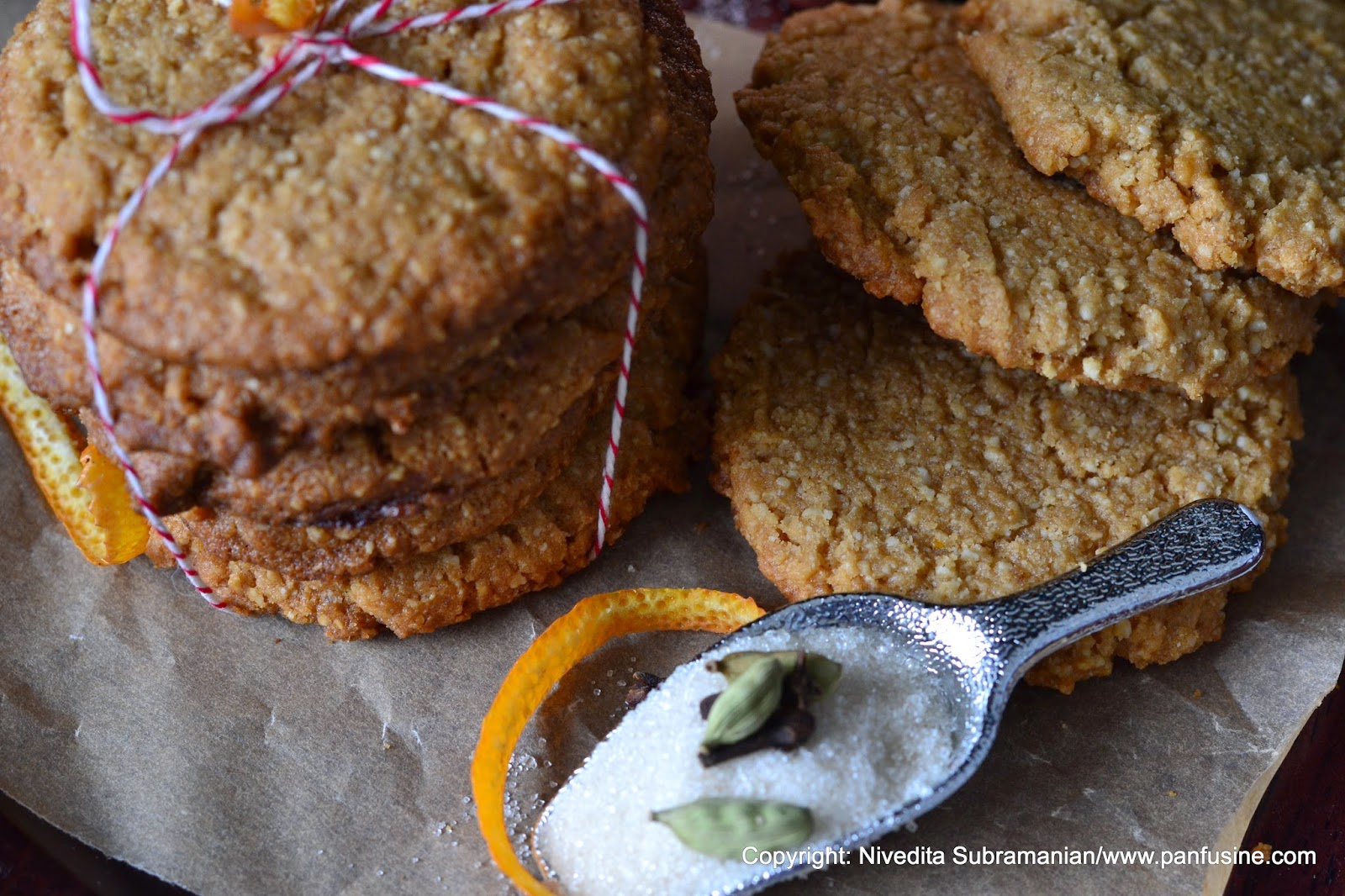 * For the spice blend,
Combine the seeds from 6 pods of cardamom with about 5-6 cloves and crush into a powder. Use as much as required.

Sift together the cashew meal, all purpose flour and the baking powder.

In the bowl of the stand mixer combine the sugar and the softened butter and cream together till its 'fluffy'. Add in the orange zest and the spice blend.

Keeping the mixer running on a low setting, gradually add the flour mixture  spoon by spoon until its incorporated well into the creamed butter and sugar.

Line two cookie sheets with parchment paper. Using a cookie dough scoop (~ 2 oz scoop) scoop out the dough onto the lined baking sheets (12 on each sheet). Using the back of a moistened silicone spatula, gently flatten the dough.

Bake in the oven for about 20  minutes. Remove the trays and allow the cookies to cool on the tray itself for about 10 minutes, before transferring to a cookie rack to cool completely. Store in an airtight tin once completely cooled.Serve with a hot cup of tea or a mug of steaming hot cocoa.

Optional side.. serve it up with a fresh carrot for Santa's reindeer!