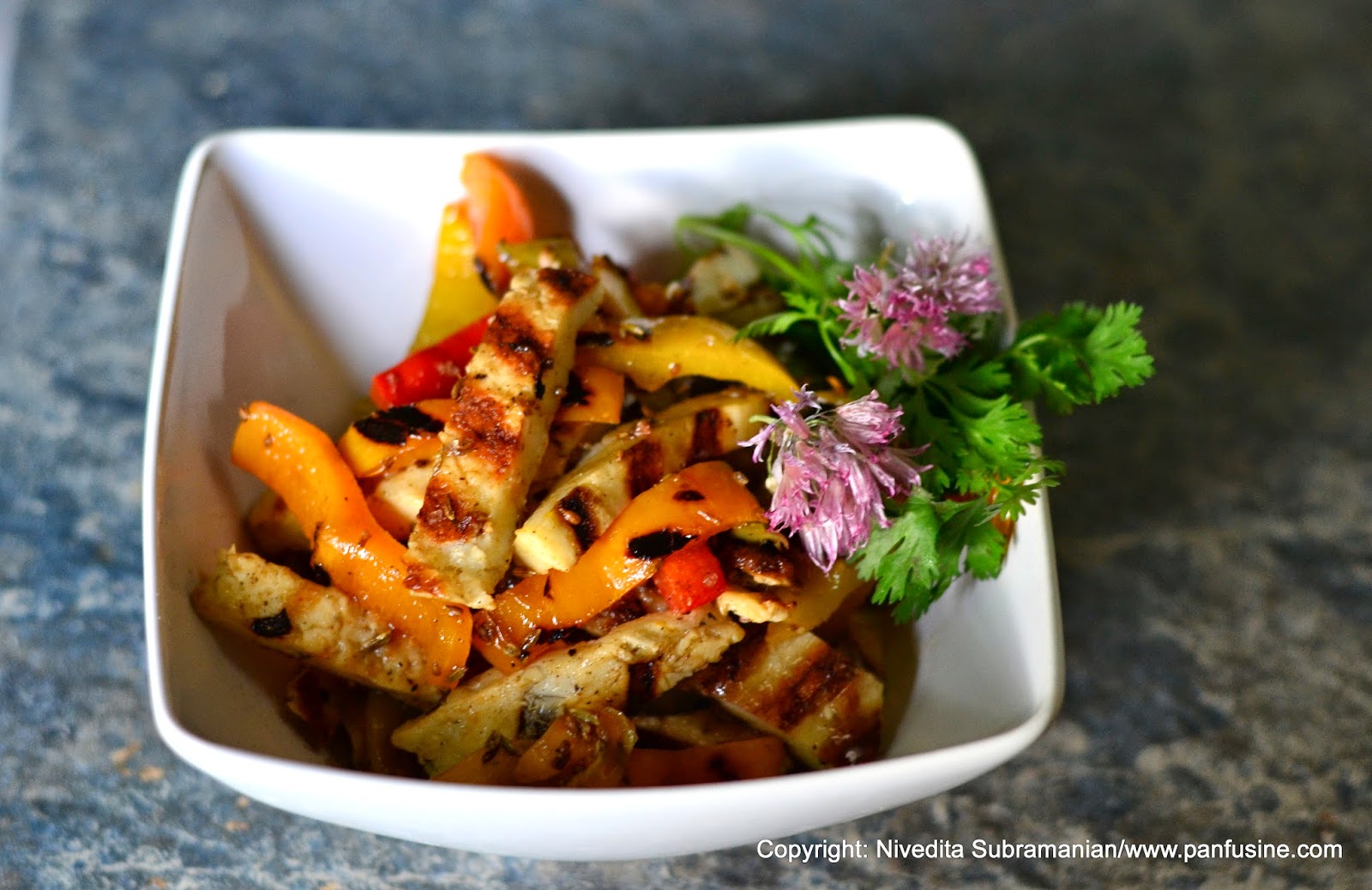 There's a simple dish I love to pair my roties with. Its known as Paneer Shimla Mirch (Shimla Mirch is the Hindi name for Capsicums/ bell peppers. I personally have no idea if it grows especially well in the town of Shimla). It basically involves sauteing onions, tomatoes bell peppers & Paneer together with some seasoning that usually involves Garam Masala.
I was on a Grilling binge today trying to grill the peppers & paneer before tossing them into a dry 'subzi'. I also had some Halloumi that I was hoping to pair with some grilled figs for an appetizer. To cut a long story short, the salty Halloumi sort of ended up eloping with the Bell peppers instead, and it turns out, The figs were all the more happier for it!

Grill the Halloumi cheese well on both sides (~ 3-4 mins each side) such that they acquire distinct grill char marks. The trick to getting the clean marks is to leave them undisturbed on the grill for the required time until the charred lines 'detach' from the grill.  Cut the bell peppers such that they form as flat a piece as possible and grill them until the char marks appear (You may have to use a heavy press to keep them down on the grill).
Cut the Halloumi and bell peppers into strips once they cool and toss them into a mixing bowl.
Heat the oil in a skillet and add the Fennel and Ajwain. once they start giving out their characteristic aroma, pour the mix into the Halloumi & bell pepper  and toss to combine.
Drizzle the lemon juice, add the cracked peppercorn and serve warm with pita or naan.

PS: There is no salt to taste line in the list of ingredients & that is on purpose. The Halloumi tends to be so salty, its more than enough to season the peppers.