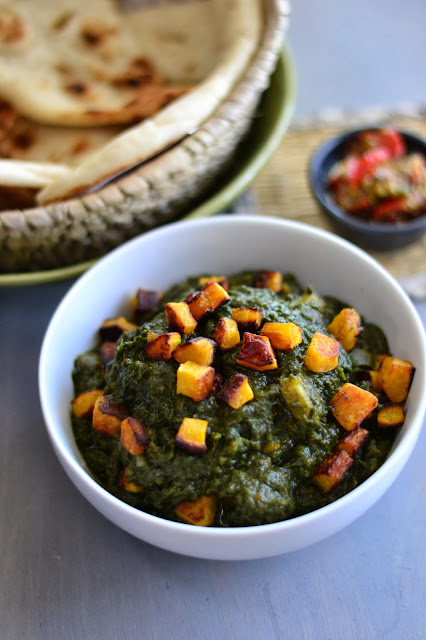 As I slowly cobble up my thanksgiving menu, The natural curiosity in me seems to have allowed me to go haywire with whatever fall produce is available. I had plenty of leftover puree 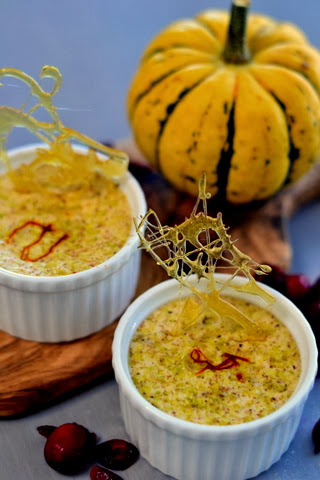 from my cheesecake that I did not want to toss away so decided to incorporate it for a savory recipe, 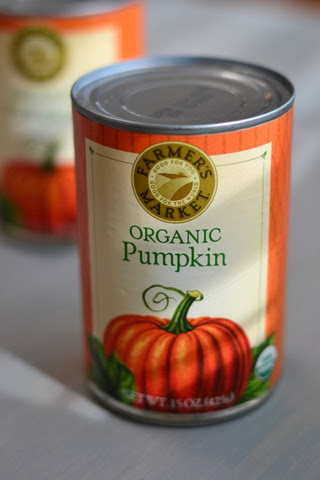 So just added it to some spinach to make a savory Saag curry paired with piping hot Naans. To make this a vegan version, use olive or vegetable oil. I diced some Delicata squash,  and added them both as a complementary textural ingredient (sauteed) as well as a garnish (Pan fried). If access to  delicata squashes is restricted, feel free to substitute with any other squash.

Wash the spinach and detach the thicker stems from the leaf. Add the leaf to a big pot and cook down until they wilt completely. Allow to cool and puree using a hand mixer or in a blender. Set aside. 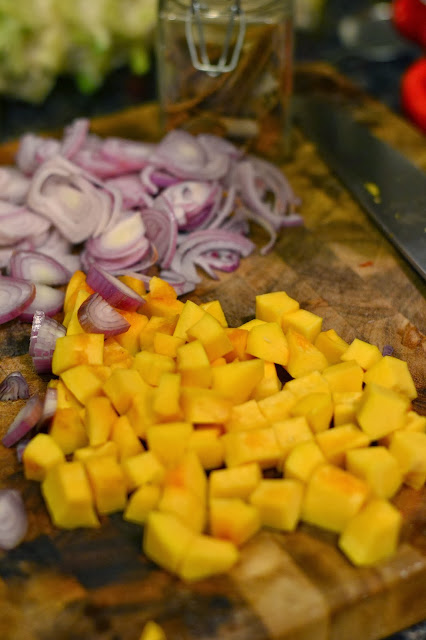 Heat 2 tablespoons of the oil and add the cinnamon & cumin seeds when its near smoking. Once the seeds pop, add the mace, followed by the onion/shallots. Fry until the onion turns translucent. Now add the 1/2 the delicata squash cubes along with the Garam masala and the Cayenne pepper. 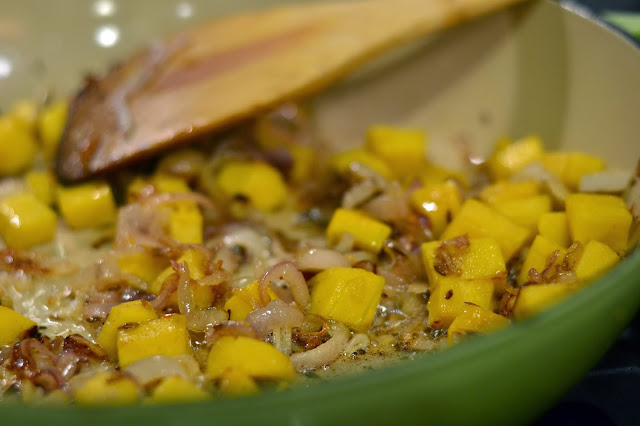 Allow to soften. Fold in the spinach and the pumpkin puree. Mix well and allow to cook for about 15 minutes  on a low flame allowing the flavors to combine. 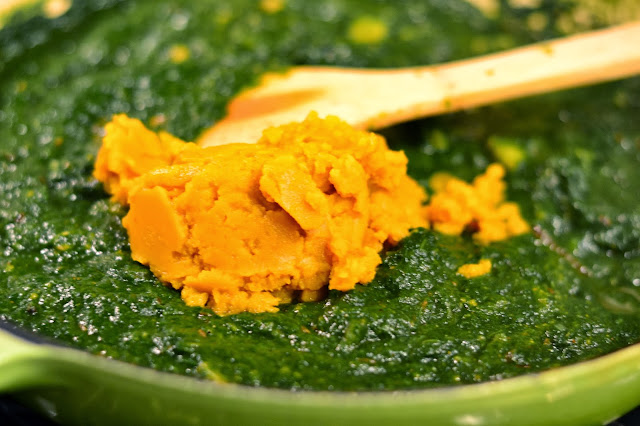 Transfer to a serving dish, garnish with cilantro and the squash cubes . Serve warm with hot Naan. 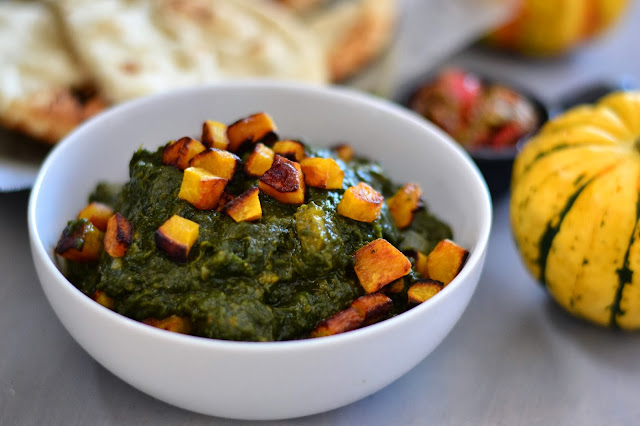