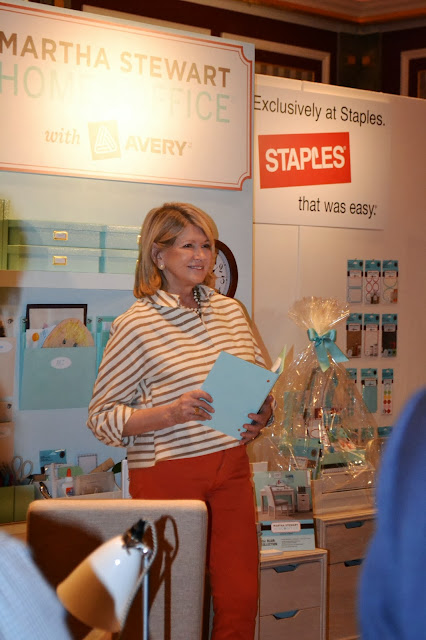 Dear Ms. Stewart,
This is probably the 'n' th (where 'n' is a sufficiently large positive integer) response from the blogosphere to the condescending remarks you made in your interview. And in true blogger style each one of those that I've read so far is a signature of the author who composed it. Let me answer you in the language I know best.

Who are these bloggers? Well, Ms. Stewart, we are a large networked group of men & women who are extremely passionate about what we do. What's remarkable is that everyone of of us chose to do this of our volition, without any delusional assumptions of striking it rich, Monetary returns are simply bonuses, a validation that we must be doing something good. We reap ample rewards through encouraging feedback from our followers, who make it a point to let us know how much they enjoyed cooking & sharing our creations at their kitchen table with the family. I doubt whether you would ever know that on a personal level, you probably have (underpaid) interns taking care of your mail.

Are they editors at Vogue magazine? I'm surprised that you chose to indirectly drag in  likes of the inimitable Anna Wintour ,  editor-in-chief of Vogue (America) and her senior staff  into this discussion. Because in doing so, you inevitably draw attention to comparisons to yourself. Ms. Wintour is well known for her dignified reluctance to submit herself to interviews. Her actions speak louder than her words,  quite the opposite case w.r.t the context of your chatty interview. We bloggers may not be  and don't particularly care to be, editors at Vogue, just as you, Ms. Stewart,  are not, and will never be  'Anna Wintour'.

While on the topic of  recipes, Our reputation as trusted bloggers is built one tested recipe at a time. We neither have the luxury of  limitless access to the best of ingredients nor the best photographic equipment that money can buy. We are  usually a one man/woman operation, right from concept, visualization, creating, testing, analyzing the recipe, as well as prepare the final report with photographs and discussions/anecdotes to post on the blog. Martha Stewart Omnimedia (MSO) probably has departments dedicated to each of those, and I doubt whether you've even personally tried making even 1% of the recipes you publish. If my recipe doesn't taste or look right, it never sees the light of day, and don't forget, that's a chunk of my grocery budget that gets wasted. And yet, judging by the number of comments about dud recipes from the Martha Stewart machinery, ... lets do the comparative math, shall we?.

On a personal note, (and this includes many other bloggers with a similar background) I chose to become a blogger after training  to be a scientist. in other words, just traded a laboratory bench for a kitchen counter, I treat my recipes like a scientific SOP, documenting every step with the same level of importance as a plasma or DNA sample, and I take pride in discussing any inspirations from other recipe sources like journal references. (terms that you, Ms. Stewart,  probably never even heard of, despite your dubious association with Imclone)

Yes, There are a few naive, uninformed or simply unscrupulous bloggers among us, pilfering recipes, photographs and sometimes entire blogs,  and not a day goes by when we aren't contemplating filing DCMA's or complaints on the social media against these bad eggs. In many cases these include 'reputed' magazines who've lifted recipes & photographs without due credit, Unlike MSO, we do not have legal budgets to spend on litigation.
When you make condescending remarks, painting all bloggers with a 'Martha Stewart Blue' colored brush, you blatantly insult the likes of  stars, such as David Leite,  Donna Currie, Elise Bauer, Dara Michalski, creators of multiple fail proof recipes,  not to mention Ree Drummond, one of Food Networks upcoming stars, also a blogger. And don't even get me started on Food52, a blogger friendly crowd sourced start up success story from Amanda Hesser & Merrill Stubbs.

Your interview with Bloomberg weekly displayed a snobbish arrogance, of an egotistical Pride. Even as I try  to think of the proverbial Horses instead of Zebras after hearing you, and see  the graph of your company's stock prices decay at the same rate as that of radioactive rhodium, my involuntary thought process goes back to that saying "Pride rides before..."

Coming up:  A recipe for Garlicky Herbed Lentil & Carrot Pilaf: 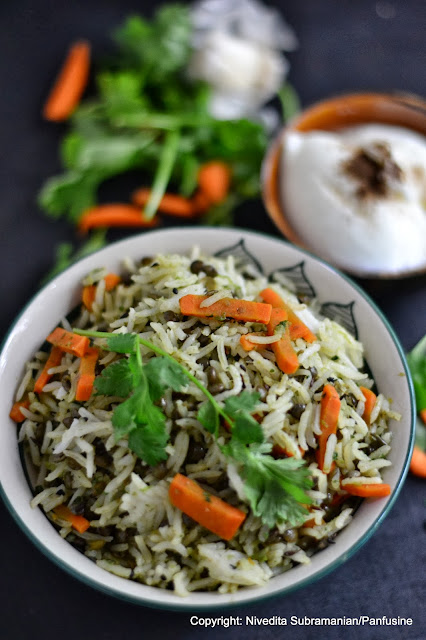