Tramping for Ramps..Season 2, Paneer & Peas in a creamy Ramp sauce. 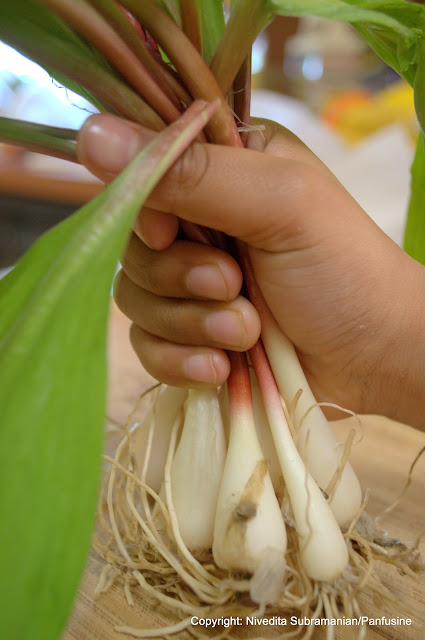 Spring... you definitely know its here when you spy these beauties in a single basket on the supermarket grocery shelf.. accompanied by a gasp inducing price tag.. ~ $12.99 /lb.. Black Truffles, they ain't, but addictive & seductive enough to compulsively  buy some each time I make a visit.
I'm referring to Ramps, that all American wild onion that peeps out from swampy shaded land all the way from the south to Canada.
The term Ramps derives from the Old English word Ramson, the term used for another wild species of onion , the European bear leek. Resembling scallions with broad green leaves, the flavor has been described somewhat as similar to " fried green onions with a dash of funky feet". 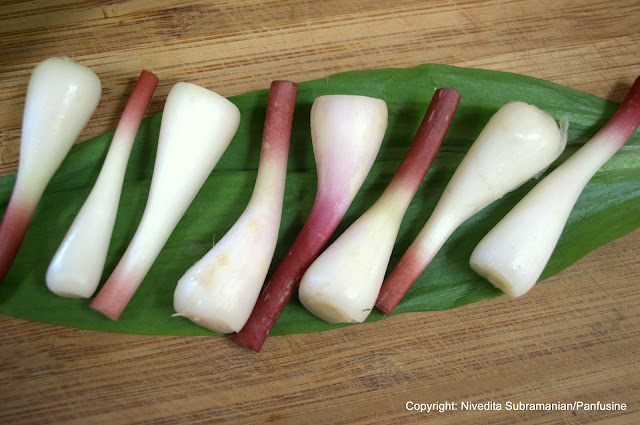 If Wikipedia is to be believed, the city of Chicago (shikaakwa translated as 'wild onion', in the local Native American language) got its name from the wide swath of wild ramps that once grew in the area.

I've been hooked on to ramps for over a year now, when I meekly experimented with the vegetable by combining them with potatoes & added them to a Pasta dish , and before I knew it, the ramp season was over!, so a year later, Here's recipe # 3 -  a Mutter Paneer in a creamy ramp flavored Makhani sauce. 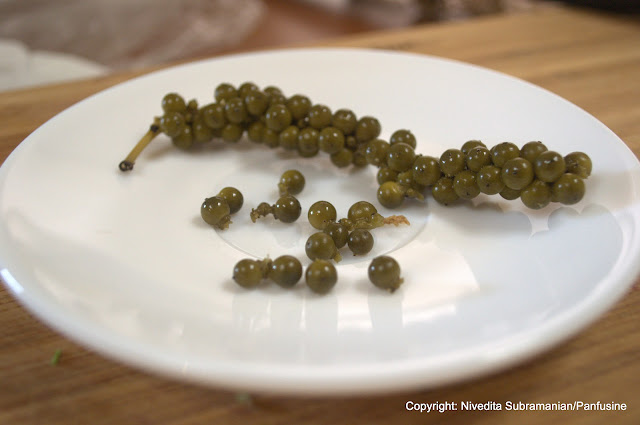 In order to ensure that the ramps flavor is not overshadowed, The only 'heat source for this decadent dish comes from crushed pickled green peppercorns. (They should be available at the local Indian grocery, look out for 'Lakshmi' brand green pepper pickles. Thanks Indian Food Rocks for asking me about it!) 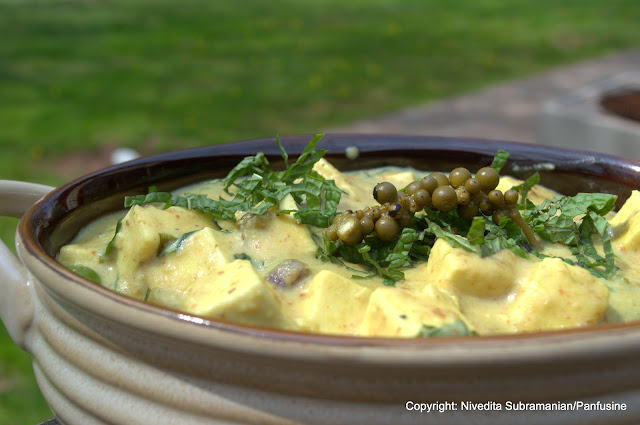 to be ground to a paste:
8 ramp bulbs, (the white part)
1 large onion, (I prefer white, but the red ones will do in a pinch)
1/2 cup broken cashew nuts
2 tablespoons minced ginger root
2 tablespoons unsalted butter


Heat the butter in a large skillet and add the cashew paste. Saute on low heat, until the mixture loses that raw onion aroma. 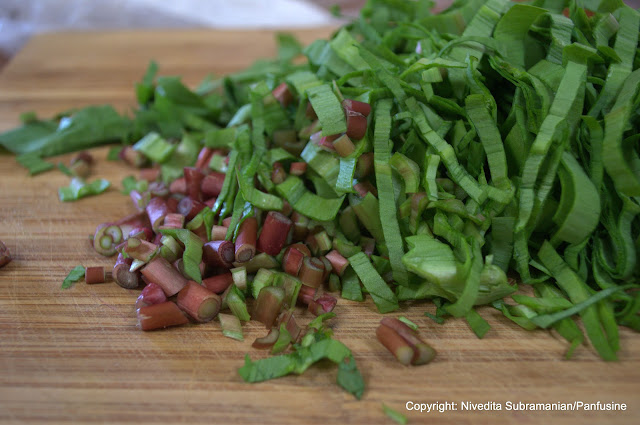 Transfer to wilted greens & peas into the cashew mixture, along with the Paneer, crushed peppercorns (Add a little in the beginning and increase as per your personal taste)  turmeric, salt and garam masala.

Mix to combine. Add the milk, gradually into the curry, stirring all the while. Simmer on low heat until the flavors combine. Stir in the Sour cream& transfer to a serving dish. Garnish with mint & serve warm with Parathas or Roti. 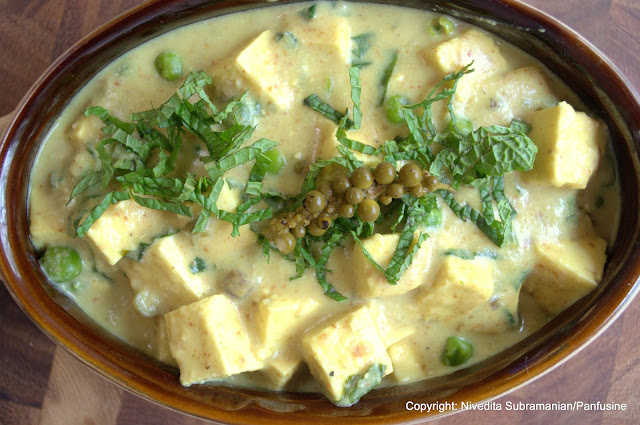