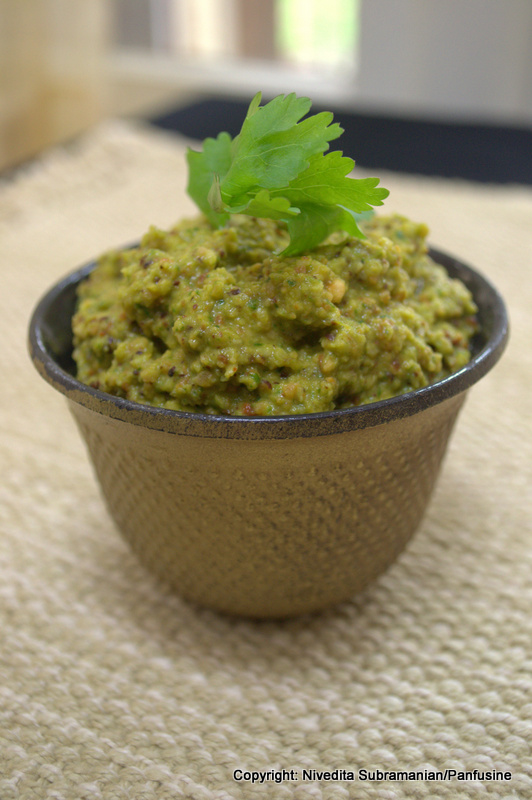 Yeah OK, we're at the end of pumpkin season, waiting anxiously for that yoda like rodent, that prognosticating groundhog from Gobbler's Knob, Punxsutawney, PA to announce to the world about when spring 2012 will be here (sheesh!, the best weather predicting satellites & software & we still defer to the groundhog!).
Well, as long as the cold weather is here, we'll be making do with potatoes, pumpkins, and greens from the Brassica family such as cabbage, cauliflower & kale, not there is anything to complain. In fact, personally, I could live on potatoes alone!
Having said that, the topic of food waste still buzzes within the cranium and a pumpkin is one example of multiple components of the vegetable used up. The flesh needs no introduction, its baked, roasted boiled & pureed (thats 4 potential recipes for the future right there), the toasted seeds are used for stadium snacks, an aromatic gourmet oil & in granolas & topped over muffins. All that is discarded is the tough peel and the fibrous center encasing the seeds, colloquially referred to as the 'brains'... 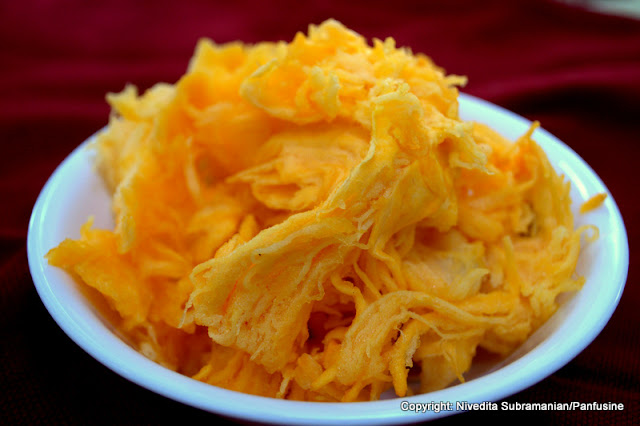 The fibrous center has been the star of a chutney recipe handed down from my great grand mother. (yep.. the cauliflower relish 'paati's' mother), and within the family, it goes by a rather strange name.. Yaanai thalai thuvaiyal (Elephant's head chutney). The reason, I'm told, was that the old lady would reprimand my dad (when he was a young kid) about scarfing down large quantities whenever this was made, and the rather colorful description was likened to the volume of an elephants big head!. Whatever the reason, it seemed to make all the more sense when I came across a  website describing the central webby part as pumpkin brains! 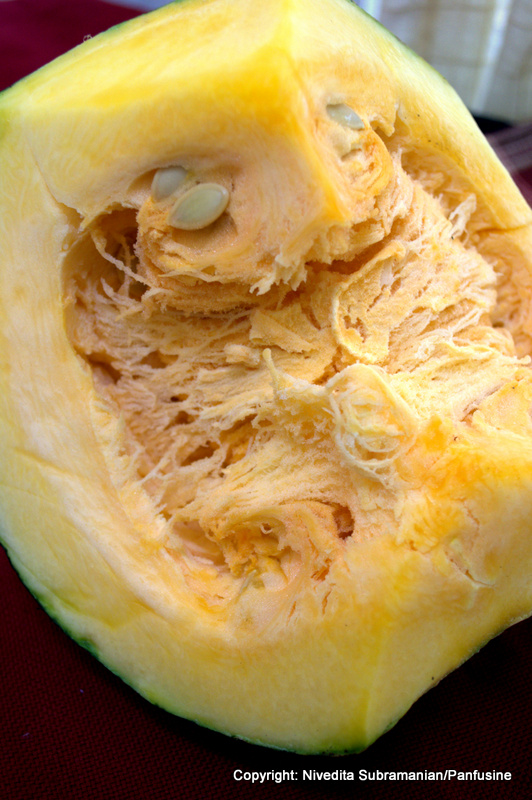 The fibrous part from a freshly cut pumpkin has a yielding crispness which wilts pretty quickly, so its advisable to pick the center out, remove the seeds & refrigerate or freeze in a ziploc if not using immediately.

Heat the oil in a skillet and add the mustard seeds arbol chiles & the dals. toast over medium heat till the dals turn a reddish brown, the mustard starts popping, and the arbol chiles begin to change color. Add the Asafetida powder, and transfer in a bowl to slightly cool. 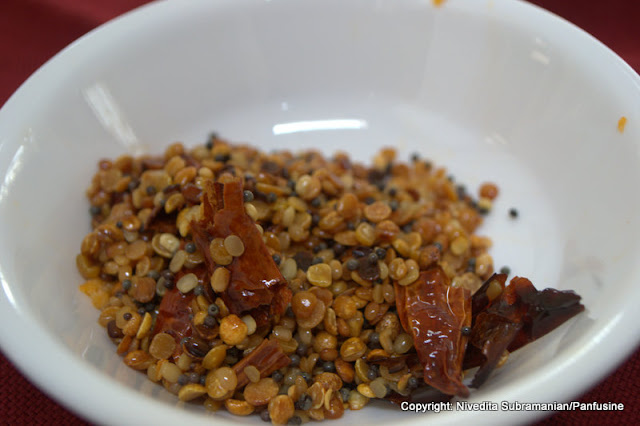 In the same skillet, add the pumpkin filaments and sautee till it releashes water & cooks down, add the torn curry leaves give it a stir and transfer to a blender jar along with the toasted dal mixture. 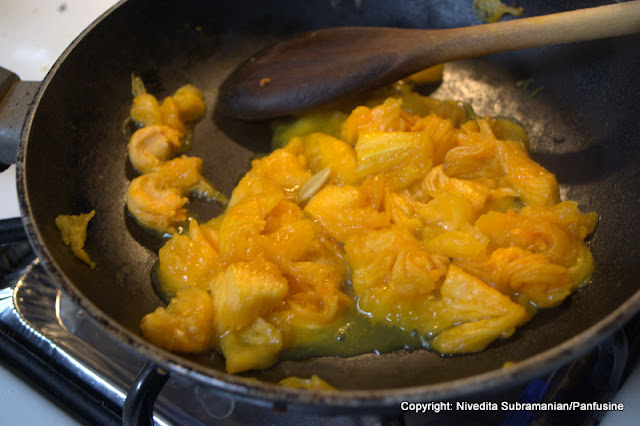 Add the coconut, salt, cilantro & the tamarind pulp and blend until the ingredients combine into a semi fine consistency, similar to guacamole.

Transfer to a serving dish & serve along with plain boiled rice and pappadoms. 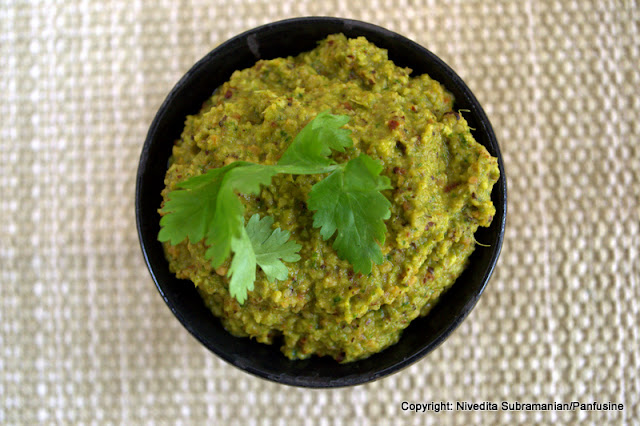