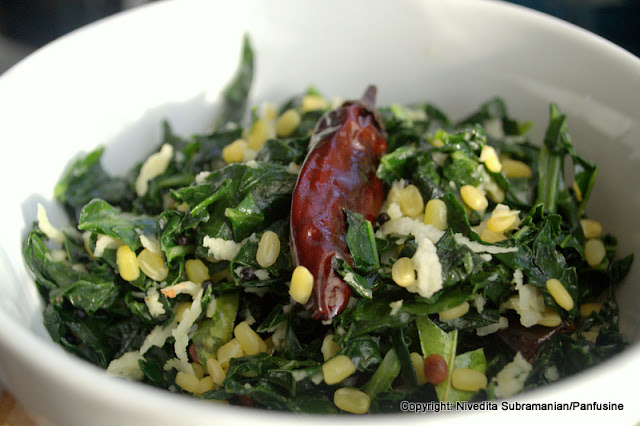 The 5th of January marked the auspicious day (according to the Hindu Calendar) of  'Vaikunth Ekadashi' (Vaikunth - Paradise, ekadashi.. The 11th day of the lunar cycle). As per Hindu tradition, this day signifies 'open house' in the Lord's abode when anyone leaving the mortal world to meet their Maker is assured of salvation, free of the cycle of birth & death.
The day is marked by prayer and fasting. Perhaps the best way to explain the significance of this tradition is to refer to Devdutt Pattanaik's article on the topic. But unlike other occasions, the fast is not broken by decadent culinary offerings  but with a simple pepper flavored gravy, plain rice and a stir fry made with the leaves of the hummingbird tree (Sesbania grandiflora). Known as 'Agathi Keerai' in the Tamil language, it finds applications in Southern Indian & Thai cuisine.


The texture of the leaves is somewhat leathery and to be frank, it is an acquired taste, almost eaten because of tradition rather than preference. Its more of a textural treat than taste, but sometimes, it becomes nostalgic, and when craving sets in, inventiveness sets out to find a suitable substitute.
I had picked up a bunch of Dinosaur Kale (a.k.a lacinato, Tuscan, or black Kale, but calling it by a prehistoric moniker makes it sound like fun!), not knowing what I was going to do with it, when I got a call from a dear friend from Mumbai, Jayashri. As is bound to happen, during the course of our hour long chat, she happened to mention Agathi keerai & also describe  her mother-in-law's recipe technique. Inevitably, that set off a wave of homesick longing for a comfort food & the Kale's fate was sealed, deliciously it turns out! 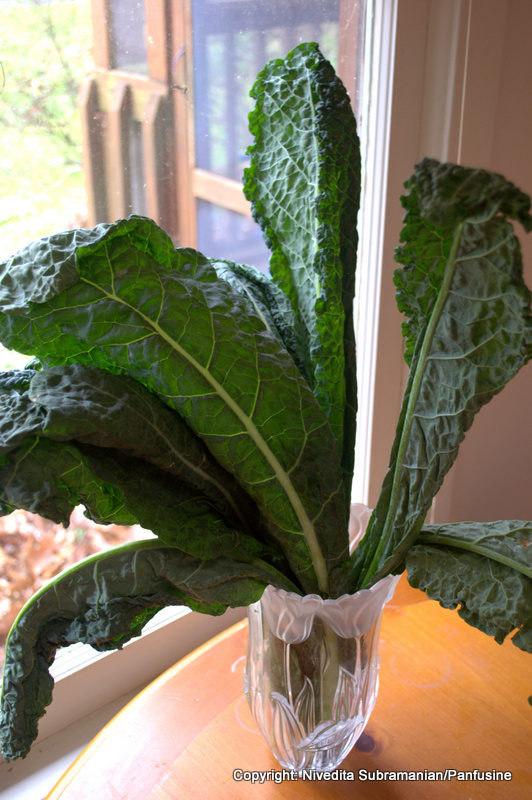 
Wash the Kale leaves, remove & discard the thick central vein. roll up and chop the kale into small bits. 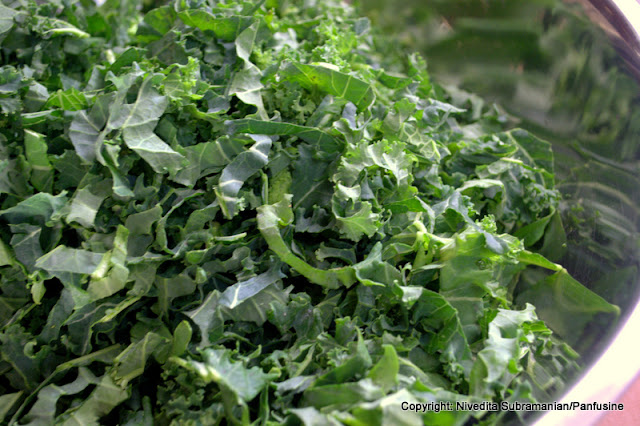 In a  Saucepan, bring 2 cups of water to boil and add the yellow mung dal. Cook until the mung dal is soft and cooked through, but not mushy. Drain the water and reserve the mung dal.
In a large skillet, heat the oil till almost smoking. Add the Mustard seeds to sputter, followed by the Urad dal and the broken arbol chile.
When the Urad dals begins to turn pinkish brown, add the asafetida & the torn curry leaves.
Stir to combine and add the chopped kale. Saute till the leaves wilt and soften. Add the salt, cook for about 2-3 minutes more and then add the cooked mung. Stir to combine, and cook on medium heat till  all the water (exuded by the greens) evaporate.
Stir in the grated coconut, leave on heat for about a mnute more, and then transfer to a serving dish. Serve warm as a side to traditional South Indian fare such as Rice & Sambhar. 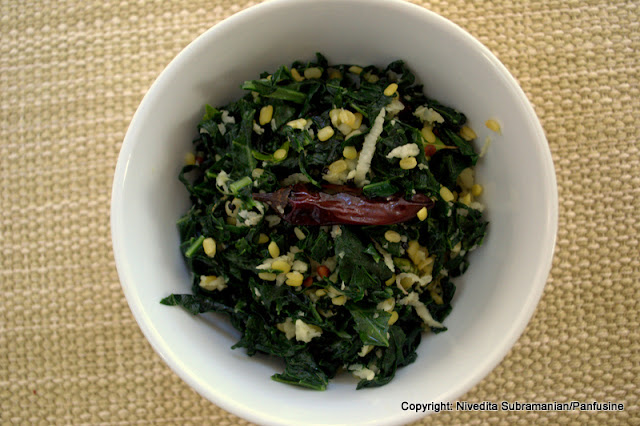