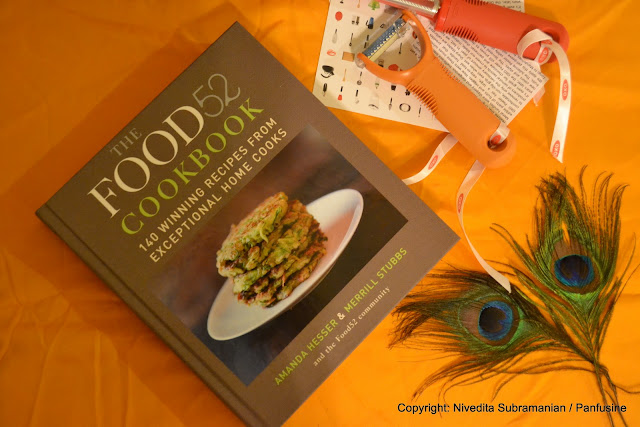 It would really be puzzling if I began a celebratory post  with the words 'It was a dark & stormy morning'.. but believe me it was. The day was Oct 29th, the weekend after Diwali and I had organized a 'Festival of Lights' potluck to commemorate the release of Food52's new cookbook.

Food52, for those of you unfamiliar with the site is a community sourced cooking website/blog. Founded in 2009 by Amanda Hesser ( whose first book 'The Essential New York Times Cookbook',  won a James Beard award earlier this year) & Merrill Stubbs,  its a stunningly gorgeous,  informative site on all things culinary. The best part, its a group effort with inputs from home cooks & chefs across the world, quite unlike other sites which can be intimidating with inputs from celebrity chefs and the like.

The book itself consists of 140 recipes crowd sourced over 2 years, through a weekly contest that focused on a single theme. (which varied from season to season). Its not published in the usual format, i.e, appetizers, main course, sides, ... but instead, it delightfully weaves between light appetizers to heavy roasts, crisp green salads to decadent desserts. If you'd like to order a copy, just follow this link.

Food52 had asked their members from all over to organize potluck parties showcasing recipes from the site and  generously sponsored wines from Lot18, as well as signed copies of the book and gadgets (julienne and serrated peelers)  from Oxo. I had invited a group of friends (along with their husbands & kids )whose common interest was food. This was a great introduction to Food52 for them & their enthusiasm was contagious!

Of course Murphy's Law kicked in ( the one that says, if anything could go wrong, it will) via the weather. Oct. 29th was also the day the horrid freak snow storm hit the North East. I had luckily finished my cooking by the time the power went off (yes thanks to the electricity getting knocked out, the event literally transformed into a 'festival of lights' party) and the guests were already well on their way before the storm really turned bad. This was the sight that greeted my guests, with the entry completely blocked by a horizontal tree! 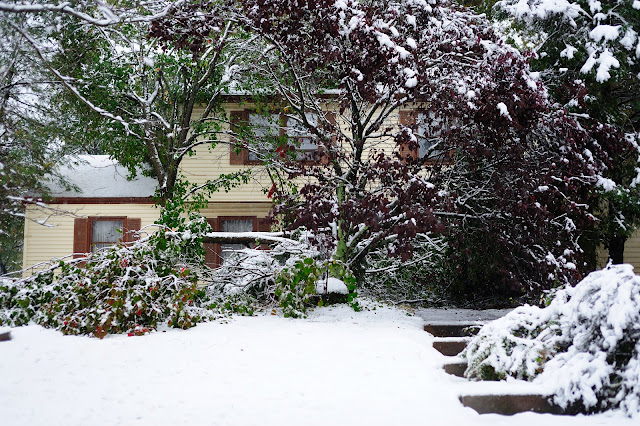 While the kids got their favorite dish (Pizza & juice), the rest of us feasted on the cornucopia of Food52 offerings.

The list of dishes (linked to the recipes from food52. 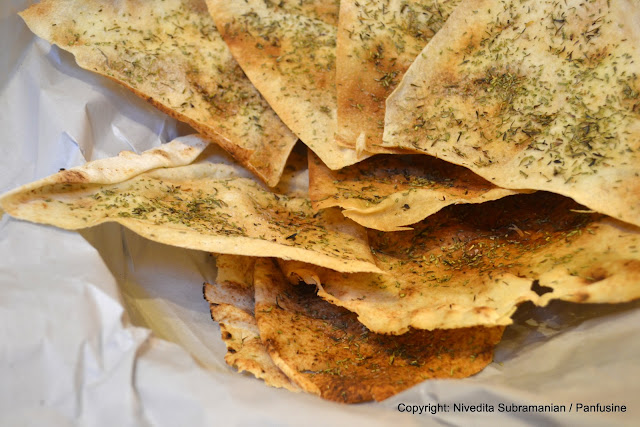 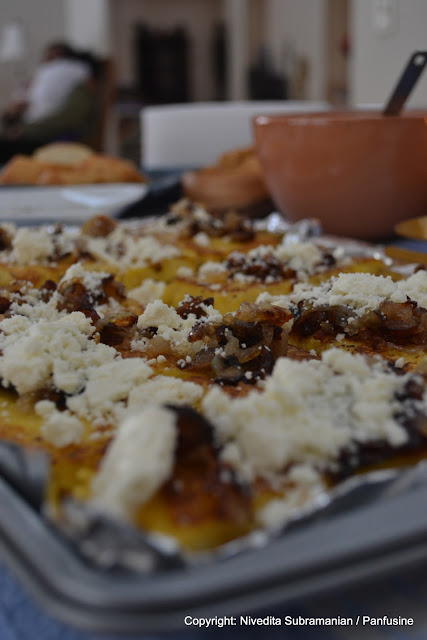 Mujadarra with spiced Yogurt.. (we had two of these, attesting to the 'Yumminess' factor of this awesome middle eastern rice dish) 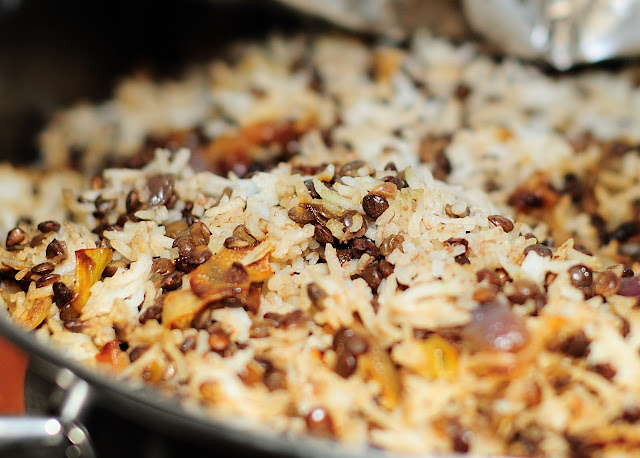 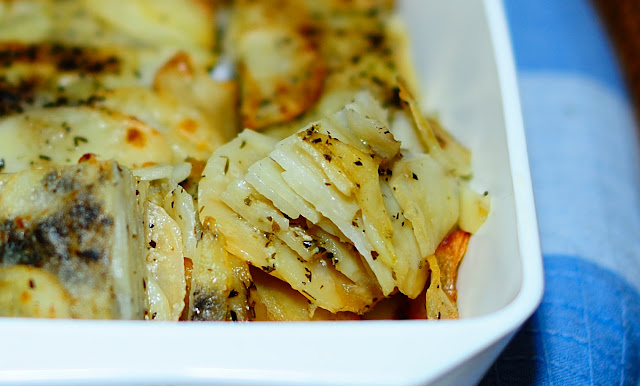 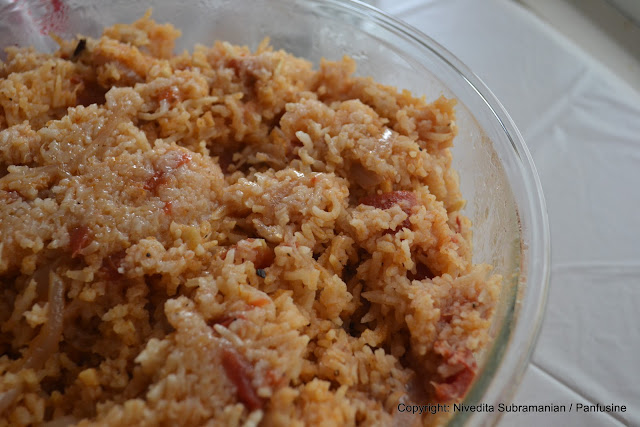 Last but not least, the goody bags (along with a copy of the book and a lovely peeler from Oxo):
Ancho  Chile cinnamon chocolate bark 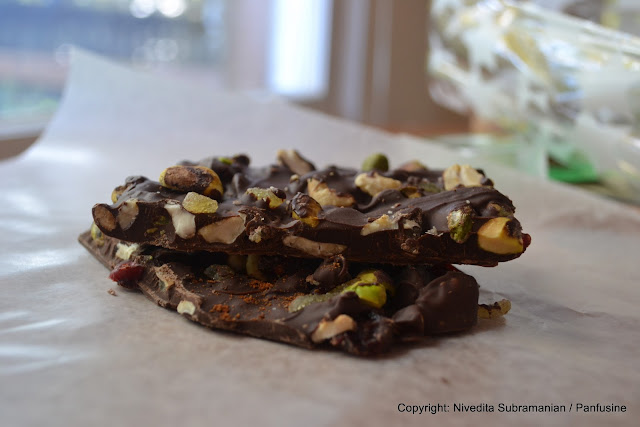 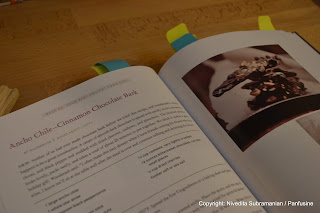 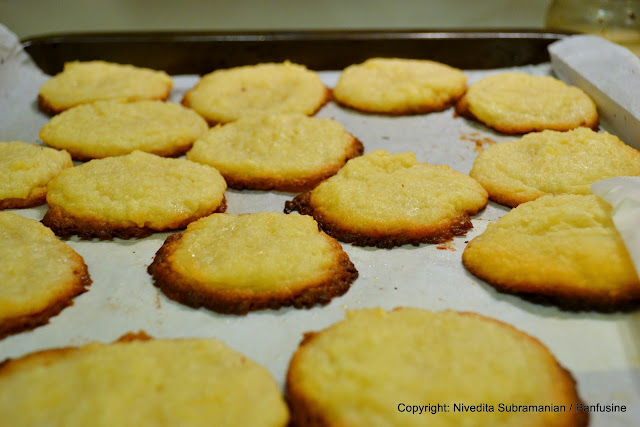 and Spiced Shortbread for the goody bags 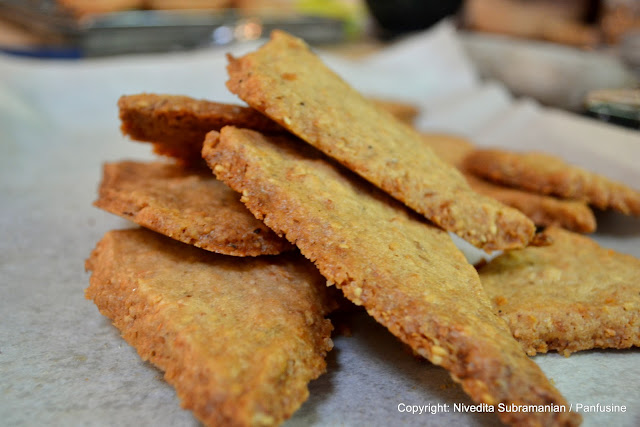 and the best part of the party, the awesome home cooks who made the party rock!


As we enter the thanksgiving week, remember that you really do not need to stick to supposedly traditional offerings to have a great time, there are plenty of AWESOME dishes that will make your celebration an unforgettable one!