Book Review: How to cook Indian by Sanjeev Kapoor

The books that I have reviewed during the past one year all had something in common, The authors were first & foremost, passionate about food, the history & traditions behind it & ultimately, the art of creating a perfect dish. Reviewing this book has put me into a totally new turf. The author, Chef Sanjeev Kapoor is  the most well known celebrity chef in India and amongst the Indian diaspora worldwide. which clubs him in the exclusive clique of such personalities as Emeril Lagasse, Wolfgang Puck & Mario Batali. The task of being objective is made just a tad bit more challenging.

What drove me to buy this book was the curiosity about how Indian cuisine was represented. Its an unfortunate fact that cuisine from Southern India still continues to play second fiddle to its more well known Northern Indian counterpart and this may be partially because it lacks a celebrity force to champion its unique flavors. (Top Chef's Padma Lakshmi may be of South Indian origin, but I'll take the 'fifth' commenting beyond this!).

Chef Kapoor, metaphorically speaking, wears two hats, the first, a chefs toque,  represents his inborn passion for food & its myriad nuances. His blog http://chefsanjeevkapoor.blogspot.com/ is one I look forward to reading as much as I love needling the multitude of fans who throng his facebook page. Its a simple expression of what he believes is the innate goodness in food and its benefits. No frills, plain language. The other hat is that of a glitzy media celebrity focused on selling food as an entertainment commodity,  running a booming hospitality business via his chain of 'Yellow Chilli' restaurants all over India, constantly evaluating publicity aspects, & optimizing monetization strategies. So which hat was he wearing when creating this tome?

Back to the book. To call this a mere recipe book is an understatement. It is a huge compendium, a collection of about 500 recipes,  vegetarian, meat & fish. Given my dietary constraints, I cannot comment on the latter two, so I'll  focus on the vegetarian aspects. The saffron colored cover immediately reminds one of a spicy curry or the South Indian version of the dessert sheera known as 'kesari'. and the careful selection of the text color hints at the various colors of the delectable gravies, that are part of the rich repertoire of recipes contained within.

The book is divided into 15 sections, from the basics which cover fundamentals such as spice mixtures, to desserts. The dishes in each section, for the most part are arranged in alphabetical order of the vegetable they feature as the main ingredient. The one section that is poorly represented w.r.t the others, is the one on rice dishes, a mere 20 odd recipes, with notable omissions of flagship dishes such as Bisibela and the quintessential  South Indian 'Thayir saadham' (Yogurt rice). The book showcases Indian food for what it is, no shortcuts  or substitutions, but resplendent in its magnificent complexity. 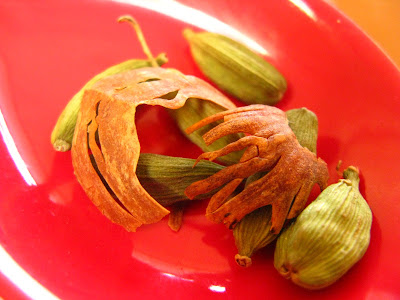 To be fair, There is a  representation of cuisines from all four geographical regions of India with an emphasis of using the regional language nomenclature ( notable exceptions being that for Tamarind rice described in Hindi as 'Imli Til ke chawal',-  wondering if that was the neutral choice when faced with 4 different variants of the name among the 4 southern states?). The gastronome in Chef Kapoor  is evident when he talks about the dishes that are close to his heart. The street side chaats of New Delhi & Mumbai, and his self confessed affinity for spinach (a disproportionate number of vegetarian dishes feature this leafy greens, but given his emphasis on the benefits of a vegetarian diet & healthy eating, something that can be overlooked). Being a Punjabi native of Delhi, it is but natural that his version of Punjabi home food does get prioritized, but then that is something all of us can relate to. Also noteworthy is the ample selection of classic gujarati recipes such as Undhiyu & Srikhand, food from his wife, Alyona Kapoor's home state of Gujarat, and gravies such as amti and sabudanyachi vada (deep fried Sago patties) from Maharashtra, the state in which he is currently based. 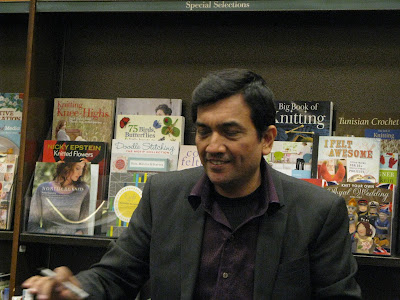 The entrepreneur in him competes for attention in the form of recipes for specialty dishes that are typically served in restaurants. Dishes that one looks forward to on a special dinner and the like. Noteworthy in this category is the 'Paneer piste ka Salan' or Chandi Korma, a chicken dish garnished with edible silver (Hey, I may never savor this in real life , but its to the chefs credit, that the very description of the recipe kindles a synesthetic jolt!). Detailed S.O.P (Standard Operating Procedure) instructions for such dishes, in my opinion is a double edged sword. On one side, it is a chance to experiment & familiarize oneself with recipes that one can only hope to taste outside the home, and the flip side, it negates the aura of the dining experience. It seems too much of a coincidence that the menu list of one of New York city's newest restaurants Tulsi , reads like a subset of the books Table of Contents. (Note to self: If I get a 'stinker' mail from Chef Hemant Mathur of Tulsi, this is why!!). I'd like to assume that its a testimonial to Chef Kapoor's reputation.

In conclusion: A well balanced input from the  chef & celebrity. Priced at USD 29.95, this book makes for a good value for the content, even for a hardcore  vegetarian like me who's never going to go past reading half the recipes. The book is available at through Barnes & Noble, Amazon.com & other book stores through out the USA. 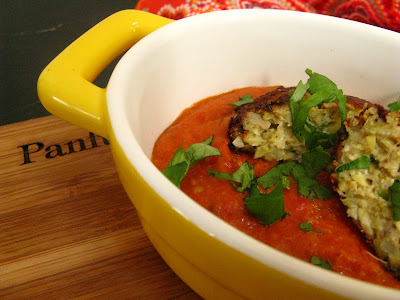 My homage 'Panfusine' recipe from this book has already been created, photographed & devoured, and will be the topic of my next post. 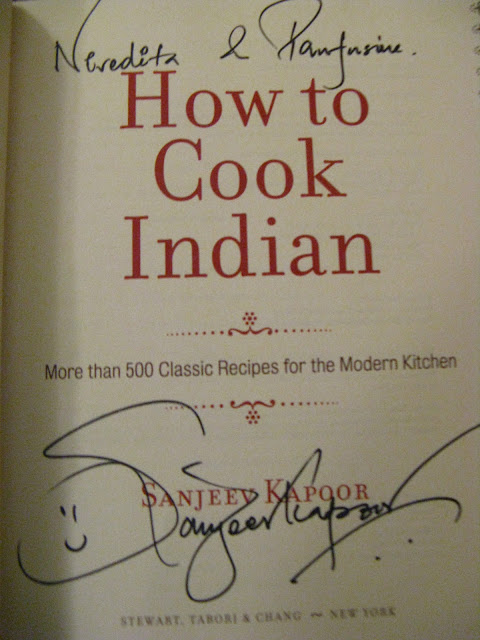