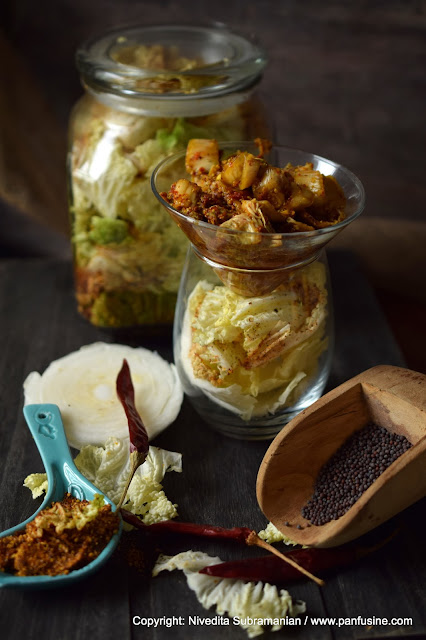 I'm not sure how a food related 'Jiminy Cricket' conscience would look like in real life but imagination tells me it would be brandishing a wooden ladle for sure and would probably speak to me in my mother's voice. Admonishing me for not keeping up on my writing for my blog posts (I realize that is my weak link) I seem to be quite happy creating recipes and Instagramming them daily.

A sudden shuffling of photographs & backing up (for fear of the new worm virus crossing the net) suddenly put me into a shocked gasp mode.. (I have about 1/2 a terabytes of just photographs, of creative ideas that never made it past the hard drive, leave alone minor editing to tweak the images), ideas that were forgotten half way and never revisited again, only to flood my brain with taste and olfactory memories - which are superbly forceful when they come gushing back - and I realized that  I'm in need of serious organization in terms of my laptop. It will be a work in progress, slow and frustrating at times , but just as the kitchen counter needs a good clean up after the dish is made, so too must the data!

This recipe is more than 4 years in the bottle. I first tried this years ago but excessively salted the Napa cabbage to the point of being inedible. I wanted to make it just like I'd seen the pickle being manufactured (yes, manufacturing line, rather than an individual creation on the kitchen counter). Years went by, along with 1/2 a dozen Napa cabbages that sat in the refrigerator in vain, hoping to be pickled and invariably in the end, regretfully tossed out after wilting beyond scope, some lucky heads eventually met their end in a  stir fry. Once when I had a surge of resolve, I ran out of arbol chiles (unheard of in my Indian kitchen).

It was almost the same this time around as well, except that I fortunately had toasted arbol chiles waiting (for another recipe that has yet to see the light of a blog post) on the counter, and no more excuses, other than a sterilized glass jar. Once the jar was accounted for, making this 'Non-recipe' is a delicious snap'.

This Kerala Kimchi is extremely forgiving in terms of the quantity of ingredients used, EXCEPT for the salt. Once you overdose on that, starting again is the easiest way out. 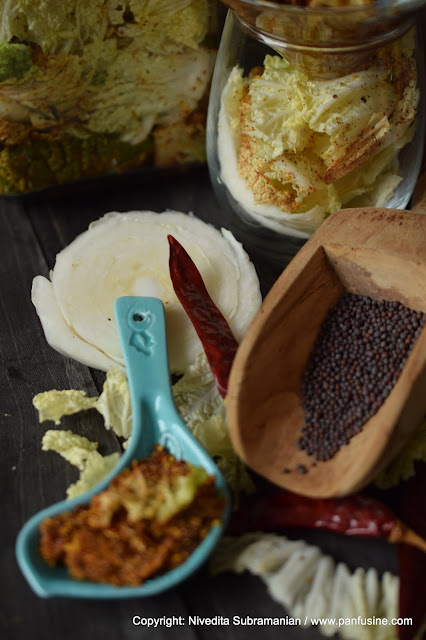 As tempting as it is to make a mix of the spices and salt to slather between the leafy layers of the cabbage.. DON'T. Firstly its hard to stuff one head of crisp cabbage intact into a jar without making a mess and getting chili mix on your hands and invariably your eyes. Instead, separate the leaves and cut out the thick central vein and dice those into small pieces and keep aside. Cut the leaves into broad strips and toss them in a large mixing bowl. 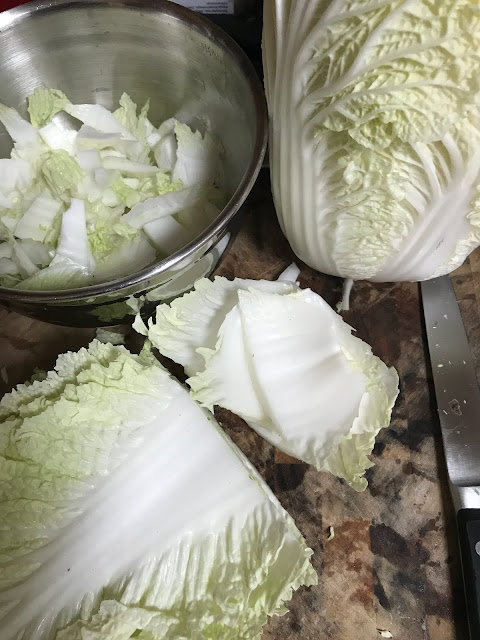 Combine the toasted chiles, mustard seeds, asafetida & turmeric in a coffee grinder and powder it coarsely. Combine with salt. Err on the side of caution with the salt, you can add more quickly enough before the pickle remotely gets a chance to go bad. 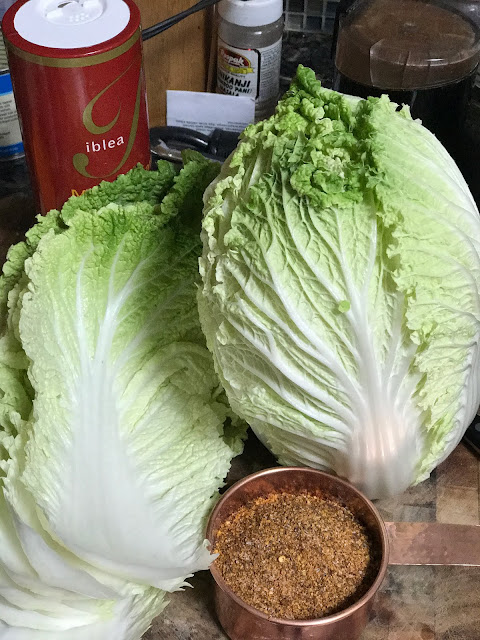 Toss the cabbage strips with the spice blend, cover the bowl with a lid and toss well to coat evenly. 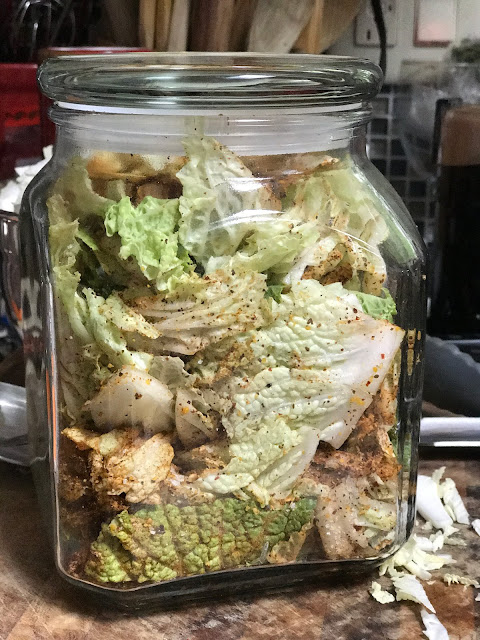 Uisng a clean pair of tongs, stuff the leaves in a clean glass jar and close the lid. Within the hour, the leaves will begin to ooze their liquid and the volume within the jar will literally halve. At this point, sample the liquid to adjust for the salt and add the pieces of the vein. Sample after a couple of hours and make a final adjustment to the level of salt & spice. 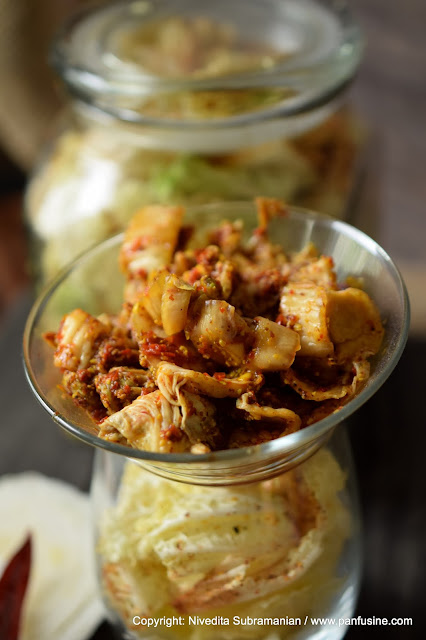 Allow to rest for a couple of days (this facilitates the fermentation process that gives the cabbage its characteristic kimchi 'tang' ).
I like pairing this with a simple yogurt rice, but would love to get feedback on what you paired it with!
Bon Appetit!