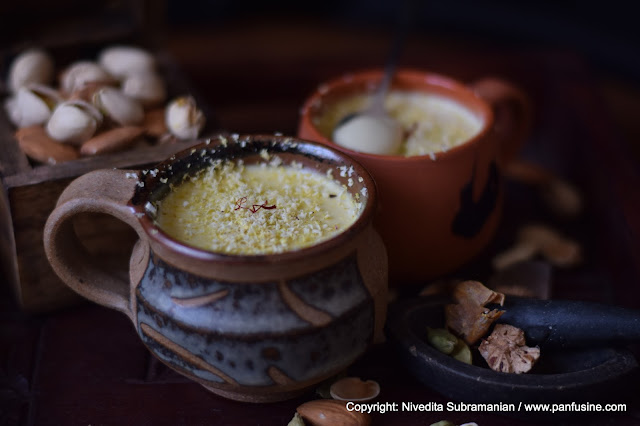 Holi hai - 'Its Holi' runs the refrain this time of year when merriment and revelry break loose with he advent of spring. when travel brochures describe it as a 'riot of color' you could take it literally. THe festival is riotous, the normal 'distance' between the genders is blurred, sometimes for the worse. There was a rather powerful tweet out there yesterday suggesting that Holi would be a perfect occasion to teach kids accept 'NO' for an answer, something the average male Indian population seems all to often to require a refresher in.
From the mythological point of view, Holi celebrates the rather fiery end of a demoness called Holika. Holika was the sister of the asura Hiranyakashipu, whose son was a devotee of Lord Vishnu. Hiranyakaship hated Vishnu with such a passion that he later found refuge at the feet of the Lord, simply because of his perverted reverse obsession. Similar to what the Abrahamic texts sometimes indicate about Lucifer, the fallen angel. Well, Hiranyakashipu knew very well that Holika was immune to fire and so asked her to incinerate Prahlad to get rid of the Vishnu obsession. To cut a long story short, Holika reduces to ashes, the kid lives.

Where there is revelry, invariably there is food, and Holi is no exception. Probably the only celelbration when pot brownies would be offered as prasad before being consumed with devotion. Other dishes associated with Holi inclide 'Poli' - In Maharashtra, its a griddled flatbread stuffed with a sweet dal filling. (I have a Panfusine version, but its currently still in my head), Bhang, an intoxicating desi 'eggnog style' drink laced with Pot, and its virgin counterpart Thandai, both of which claim their origins to  the ancient city of Benares.

I have already posted a recipe for  Posset a couple of years ago, and here's the recipe if you're looking for it. What is Posset? Its basically cream seasoned with spices and curdled to set like a custard. Setting agents of yore included ale, but this version I have in the recipe section is completely non-alcoholic. Heck, I'm hoping that the kids will help me polish of this batch of decadent rich dessert. 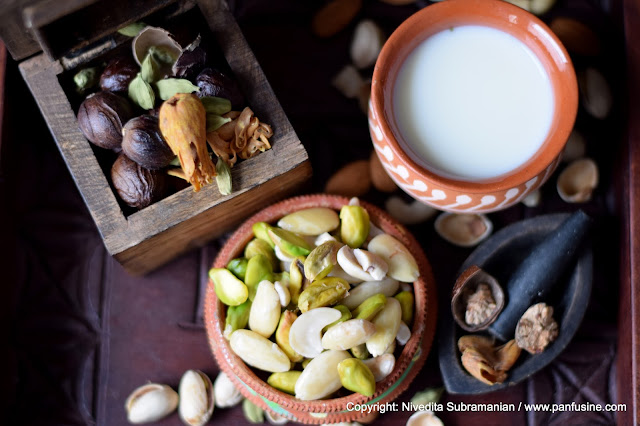 
Combine the nuts together in a  bowl and pour 2 cups of boiling water over. Allow to cool and then peel the brown skins over the almonds and the covering over the pistachios. Drain and combine with the cup of 2% milk, the spice blend and the sugar and blend to a smooth paste. Strain the paste to remove any gritty bits of nutmeat. 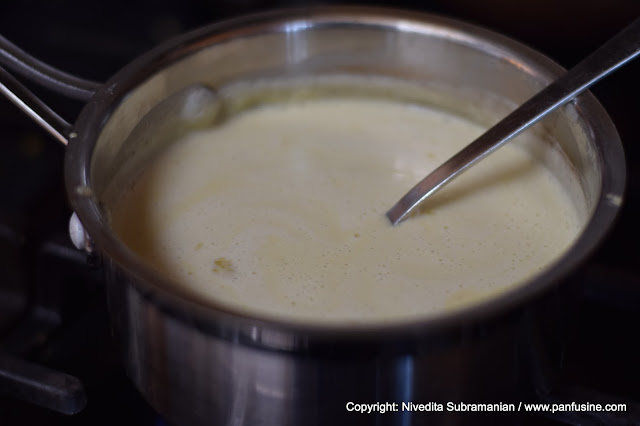 Whisk in the nutmeat paste with the heavy cream and bring to a gentle simmer. Remove from the heat and allow to cool slightly. 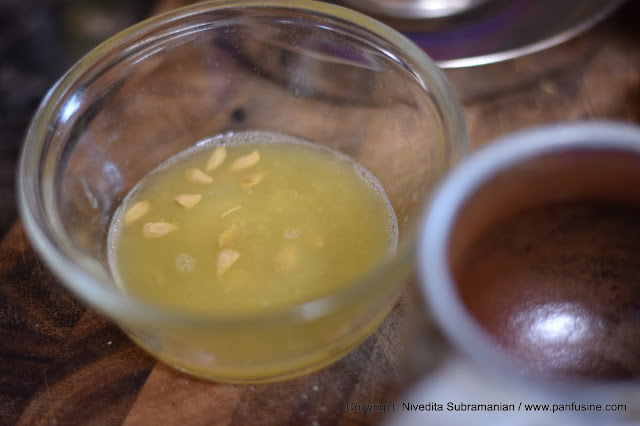 Whisk in the lemon juice (seeds strained out of course) and pour the mixture into 4 small cups. Allow to set and chill in the refrigerator for about 2 hours.

Garnish with microplaned bits of pistachio and saffron strands and serve chilled. 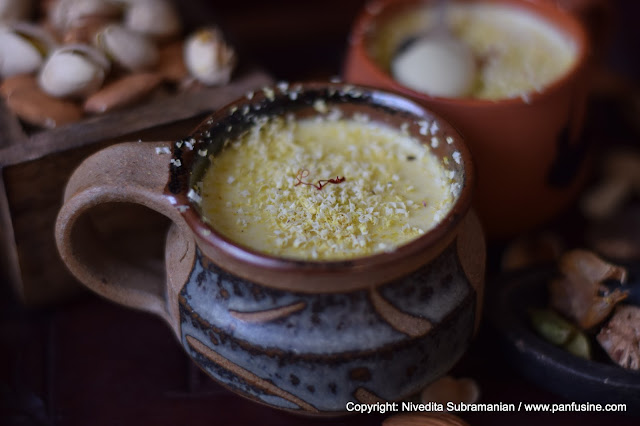