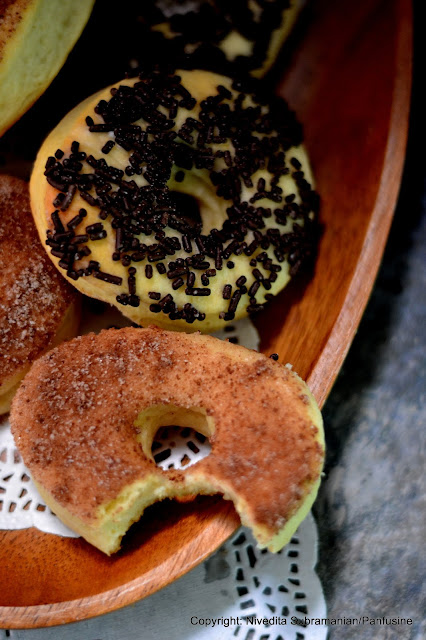 Doughnuts.. There are those who claim that America runs on these yeasted goodies from a certain international chain. And they may not be completely off the mark. Its hard for me to think of anyone who's been able to completely resist these deep fried rings of dough, especially if they carry the label 'Krispy Kreme' ( the lighted 'hot doughnuts'  sign on the storefronts has been known to elicit pavlovian responses in those that are fortunate to pass by it)

Thanks to my extended break from the kitchen, this post is technically a month late. It was originally supposed to be posted in June, (June 1st happens to be 'National Doughnut day'), but then, as with all good things, Its a classic case of better late than never!Aparna from 'My diverse kitchen' picked this recipe from Lara Ferroni's book  'Doughnuts' and the primary reason for choosing this particular recipe is that its a baked version, instead of a deep fried one. I opted to keep it simple this time and just dunked the finished doughnuts in cinnamon sugar and coated in chocolate sprinkles. 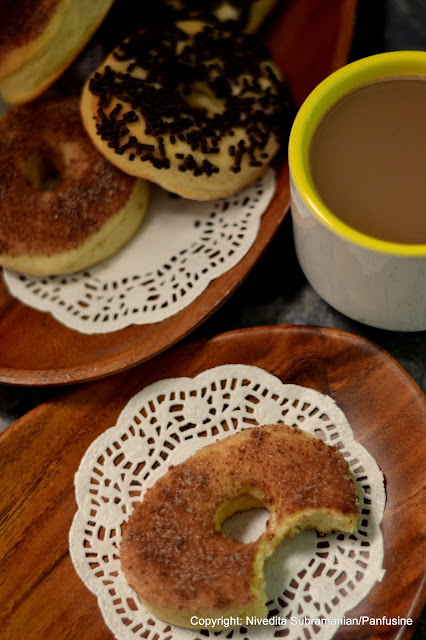 Combine the sugar, milk, yeast salt and vanilla in the bowl of the food processor and pulse about 5 times to mix all the ingredients. Gradually add the cake flour and about 1 cup of the All purpose flour. Process the dough, gradually adding the flour until the dough thickens and begins to pull away from the sides of the bowl.
At this point, add the pieces of butter one at a time. Process until there are no large chunks of butter left at the bottom of the bowl. Continue adding flour until the dough becomes soft and pliable, but not overly sticky. 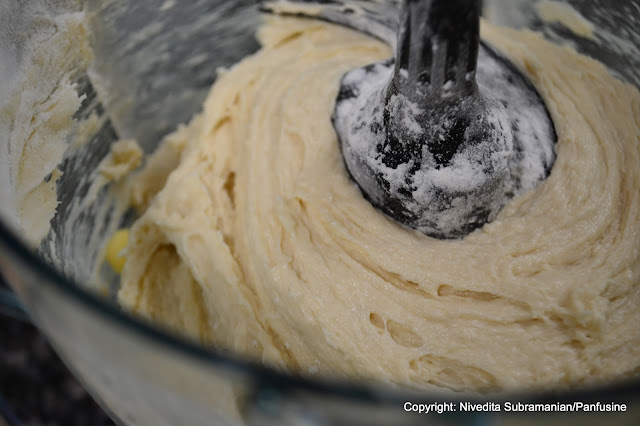 Turn the dough out onto a floured surface and knead gently until the dough no longer sticks to your hands. Shape the dough into a ball and place in a lightly greased large mixing bowl., turning it to coat well. 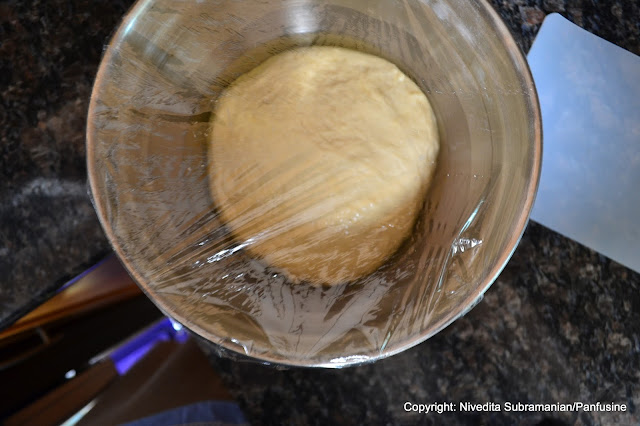 Cover with a damp towel and let it rise till double in volume. This should take about an hour. 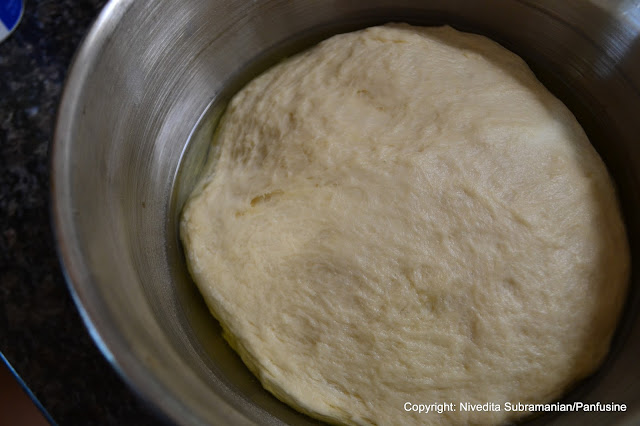 Punch down the dough and roll out to a thickness of 1/2" thickness. Cut out doughnuts using a doughnut cutter or whatever you have on hand to cut out 3” diameter with 1” diameter holes. Place the doughnuts and the holes on parchment lined or lightly greased baking sheets, leaving at least 1” space between them. 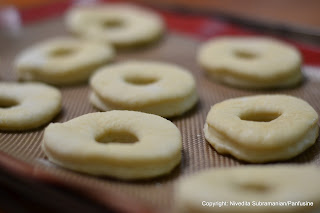 Save the little balls cut out from the center of the doughnuts. They bake up into perfect little doughnut holes. 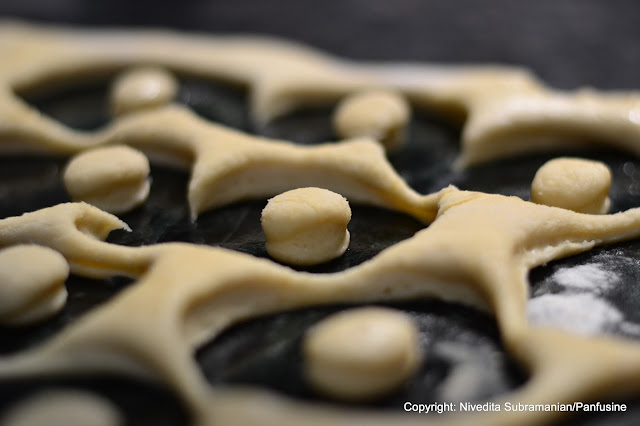 Re-roll the scraps and cut out more doughnuts. Allow the dough to rise for about 20 minutes or till almost double in size and then bake them at 200C (400F) for about 5 to 10 minutes till they’re done and golden brown. Do not over bake them. 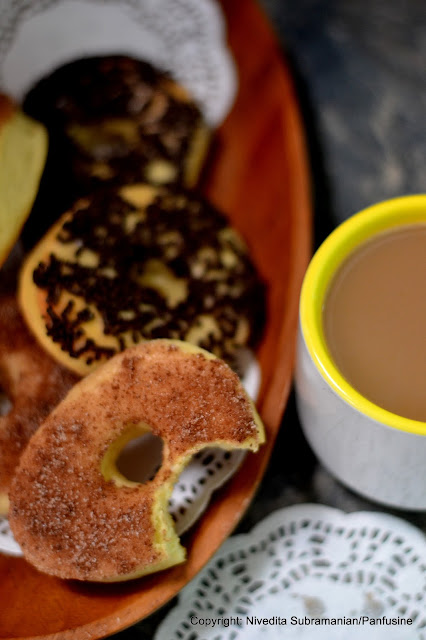 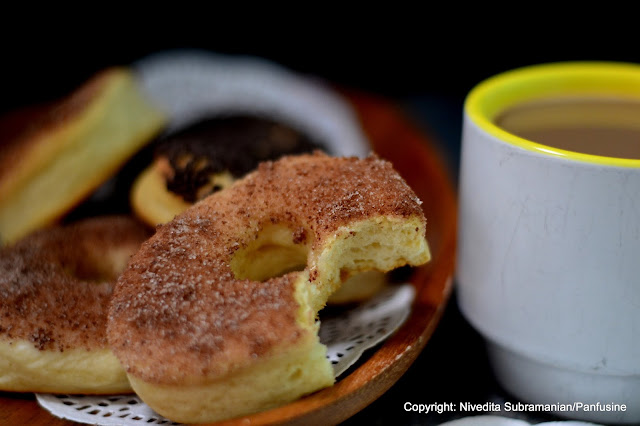 This recipe is being Yeastspotted.