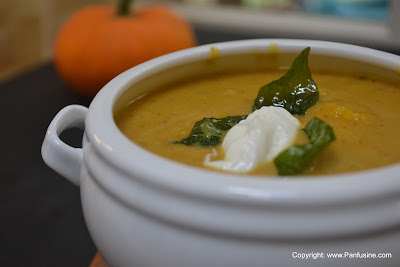 Don't you just love the fact that once the calender gets to September/ October, a flurry of festivals begin cropping up all over the world? In India, its Navratri, followed by Diwali, Kartigai, a South Indian festival that makes its appearance anywhere from 15 days to a month & a half after Diwali coinciding with the full moon in the Indian month of Karthik, I guess it commemorates the harvest moon.
Others that come to mind, The Moon Festival celebrated in the Far East,  Halloween , Guy Fawkes day, .. Oh boy, the list could potentially go on and on.
I'm not entirely sure, but it may be due to the colder months & shorter days that mankind found ways of socially celebrating events to keep from the depressive nature of this part of the year.

Back to my own little sphere of a comfort zone, the vegetable I've most commonly come to associate with Fall is the big fat Pumpkin. There's a whole Bubba's list of what one could create with this thick skinned fruit, but one that really caught my attention & got me going was this post by D K from the site Chefinyou.  rather a tutorial on how to make pumpkin puree. I was freshly back reeling from an awesome book signing session with Iron Chef Bobby Flay 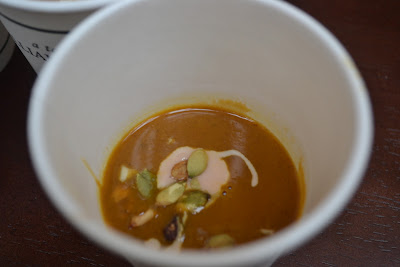 and one of the samples served was a divine pumpkin soup.

That was it, I just HAD to try roasting an entire pumpkin at home. Never mind what I would make out of it.. I would cross that bridge when I came to it.
So off I went, to my neighboring farm, 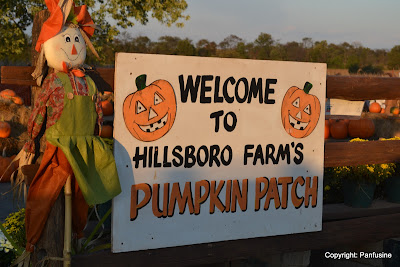 & picked out a suitable candidate 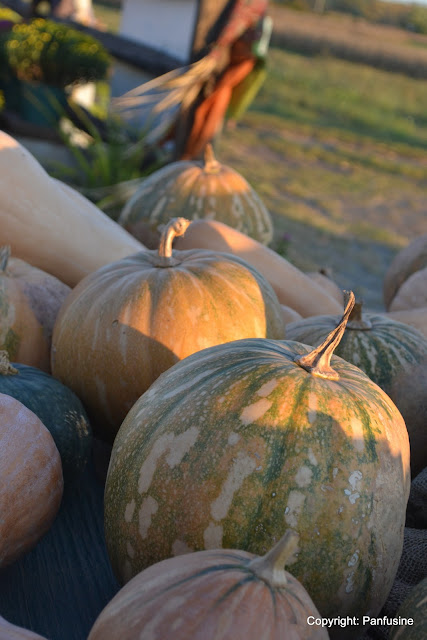 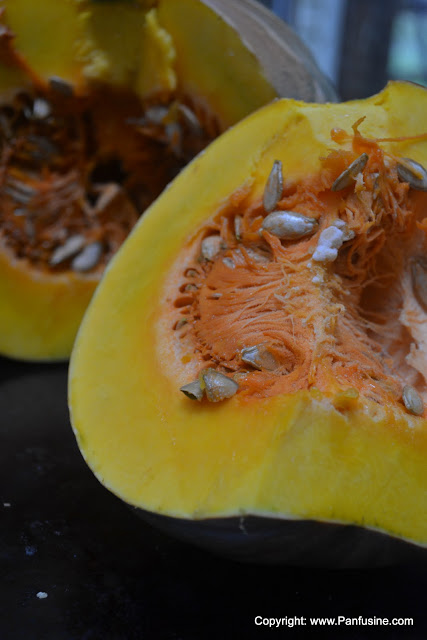 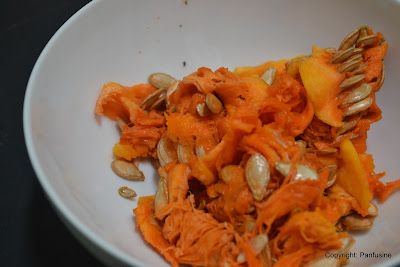 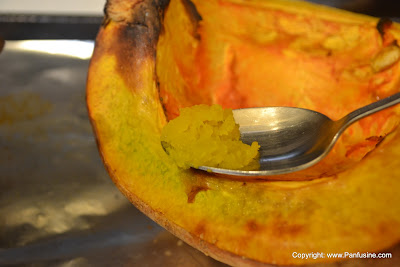 & Voila!, An indescribably delicious flesh, I could have finished off with a teaspoon, (I almost did). Roasted pumpkin has the aroma of fresh grilled corn with a texture thats out of this world..no salt or pepper needed, at most, a spritz of lime.
Rest assured I would not be up writing this if it were simply a post on roasted pumpkin, This weeks recipe is a Roasted pumpkin, coconut & sesame bisque, inspired by a traditional South Indian pumpkin stew known as 'Thalagam'. Thalagam is served as an offering for Lord Shiva during the festival of thiruvadirai, celebrated in Late December/ January. Its usually paired with jaggery sweetened rice grits known as kali. The combination of redolent nutty spiciness & the earthy sweetness of the unrefined jaggery, the combination is magical. Its worth the prayers!
After brainstorming & clarifying the family recipe with my cousin Uma in Ohio, comes this warming & comforting soup. 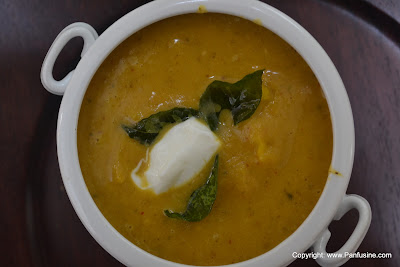 To obtain the pumpkin puree, cut wedges of pumpkin removing the seeds & the central 'webbing' , brush with olive oil & bake in a 400 F oven for about 45 minutes to 1 hr. Allow to cool & scoop out the required amount (2 cups) of pumpkin.