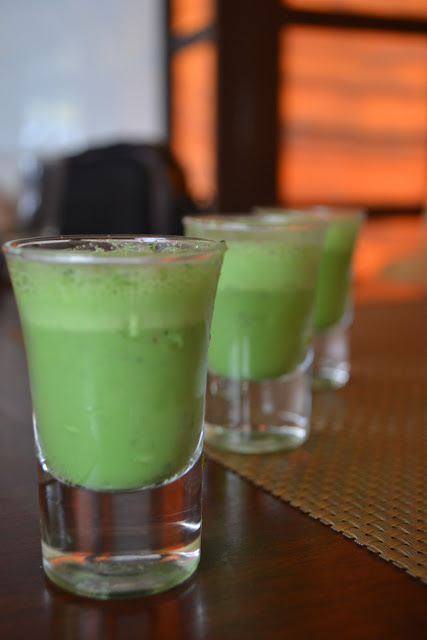 Yea Yea... like many other blogs, I too should be writing a post on Ganesh chaturthi, being in India while this festival is on in full swing, especially since i have a LOT of cute photographs of the 'modak' making process AND numerous varieties of the delightful snacks. Trust me to take off in a different direction! but then writing a blog is all about what excites you, isn't it?

Stumbled upon Punjab grill through my aunt's recommendation, returning from Bannerghatta National Park  (Not much by way of natural wildlife, but they run a respectable conservation effort to preserve tigers, Asiatic lions & sloth bears)

To Indian readers, J. Inder Singh Kalra (better known as 'Jiggs' Kalra) needs no introduction. A journalist by profession and former food columnist at the Times of India, He's been involved with food in the Indian media, the same way Mark Bittmann has been doing so through the NY times (except that Jiggs Kalra precedes Bittman by about 20 years or so!). I shall refrain from expressly using cliched terms like  'Czar' to describe the gentleman although I absolutely concur that he is worthy of such labels. Here is a link to an interview with the man himself


Punjab Grill is a chain of restaurants run by Mr. Zohrawar Kalra, (Mr Jiggs Kalra's son), inspired by the cuisine of the Punjab. Making its debut on 19th August 2011, the Bangalore branch is the first of the chain to opens its doors in a southern Indian state.

The decor within is elegant & classy, in earthy shades interspersed with bold splashes of black & red. 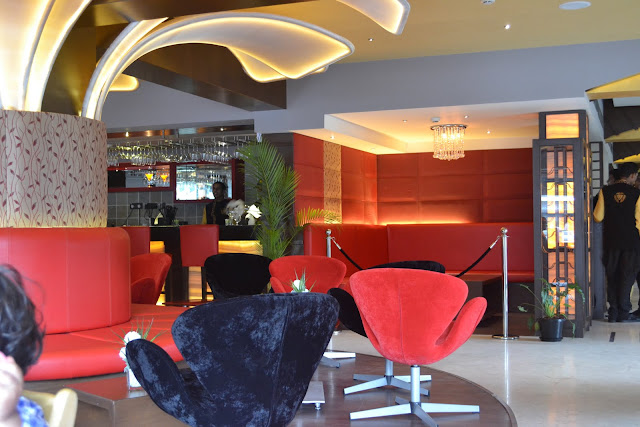 The staff is well trained, courteous & extremely helpful. We trooped in there without a reservation, three adults with a hyperactive 2 year old. Initially seated in the lounge area, they quickly set up a table complete with a high chair.

Ordered Shikanjvi (Indian style sweet n' salty lemonade), Ambi Panna (Raw mango cooler) and Matta (fresh churned punjabi style buttermilk), can't really decide a single winner, they were all equally excellent. The street food style Shikanjvi, made from ripe limes ( referred to as lemon in India) had the perfect blend of tart & sweet and the sprinkling of masala (with cumin, black salt & pepper).  The Ambi Panna had an aroma of sun dried mango combined with the lively freshness of mint and an effervescent green color. An instant pick me up. As with most traditional Indian beverages, it is seasoned with a touch of  salt, pepper and cumin.

The beverages were paired with complementary papad, chutney & the usual bowl of spiced & sliced  onion with wedges of lime 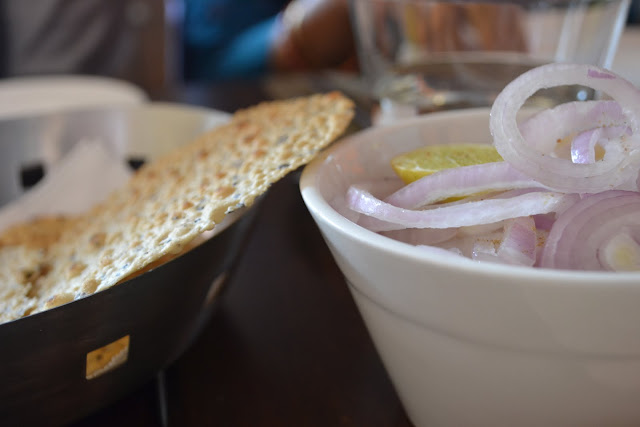 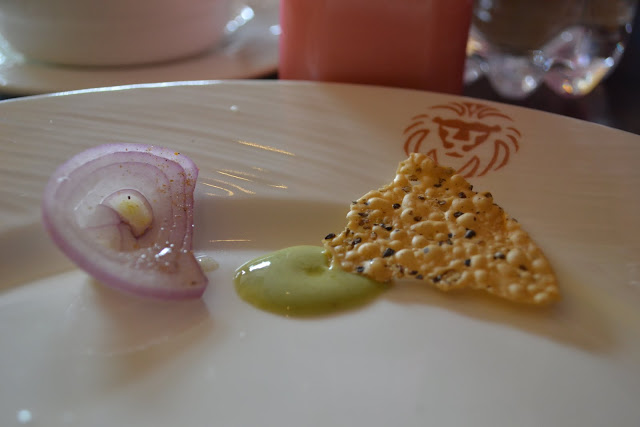 The range of dishes in the appetizer may  be what gives the restaurant the the grill in its name. Most of them are tandoor offerings, and  something to be noticed is the significant number of dishes with morel mushrooms. I forgot to ask where they get the supplies from of this treasured ingredient!

Skipped the appetizers and moved on directly to the main course. We ordered Amritsari Malai kofta, Malerkotlae di achaari aloo and the Punjab grill house  daal paired with roomali & tandoori bread.
The highlight of the dishes ordered was definitely the Malai Kofta. This has been the most decandent Punjabi dish I've probably ever had. The fried dumplings (kofta) consists of blanched & ground almonds combined with finely (almost ricotta consistency) crumbled paneer and khoya (Milk solids, obtained by evaporating all the water from full fat milk). The gravy ... you guessed it, more creamy goodness - Cashew based, the dominant (almost singular) spice used here is cardamom. In fact the first thought that came to mind..I could freeze this  & eat it up as a savory ice cream. An absolutely MUST TRY dish!


The house daal is a regal version of the classic punjabi daal with lentils & whole urad dal. Seasoned with onion garlic and tomatoes and slow cooked and simmered for a long time, it still retains the texture of whole cooked lentils that give it a wonderful mouth feel. finished with generous amounts of cream it is comfort food at its best when paired with tandoori roti and cumin flavored rice.

The achaari aloo consists of baby potatoes cooked in a tomato gravy seasoned with fennel and bishops weed (ajwain). Spicier in terms of heat than the other selections, the well cooked tomato dominates in the flavor profile. The potatoes tended to be sidelined, It perhaps needed a bit of smoky grilling prior to being added to the gravy, to embolden their presence. A tasty dish nevertheless.
Succumbed to indulging in Kulfi falooda for dessert. Unlike any other ice cream the decadent confection is almost thickened paste of sweetened cream, saffron and nuts frozen to obtain a shape.Served with chilled cornflour noodles (which had an oh-so familiar aroma that i can't quite place except that i think it had rose) over a betel leaf, Its a perfect ending to a wonderful feast.

Or so I thought. the ultimate cherry on the icing over the decadent cake of a feast was the Paan shots served up as we asked for the check. A freshly blended concoction of coconut, supari (a mouth freshner) and betel leaf (The leaf from the vine from a member of the pepper family). MADE THE DAY!! If nothing, go visit the place & have a meal simply to savor this novel shot! 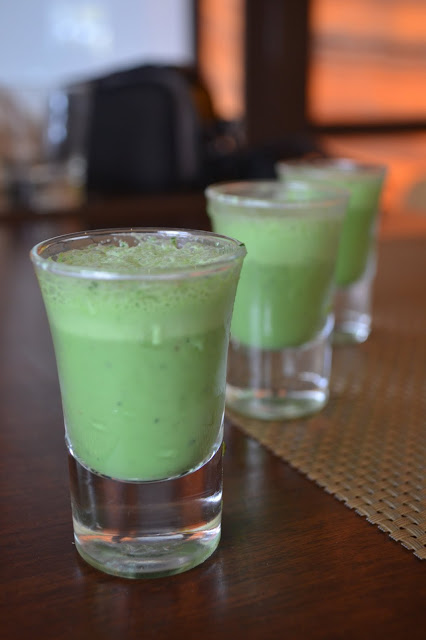