By Panfusine August 19, 2011
This has been my first extended trip since I started this blog and the first thing that one notices is the sudden change in a routine that revolves around food. The  advantage ,is that the destination is India with its glorious cornucopia of food offerings and its a delight to see food at every turn! The flip side is that one can't decide what to focus on. I'm settling on  a "little bit o' this, a li'l bit o' that".


Nice flight to Mumbai on Air France via Paris. 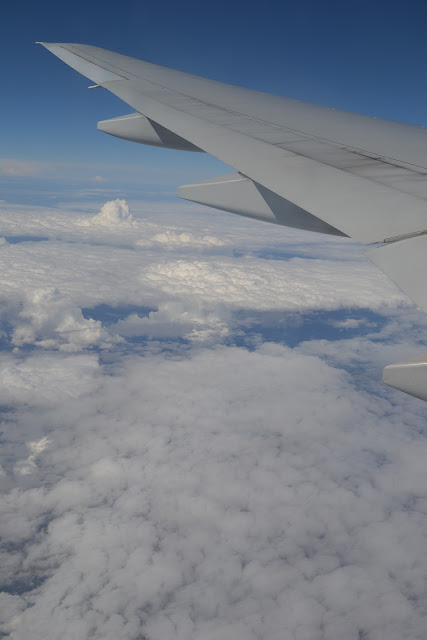 Lesson #1: It doesn't matter which airline you fly, chances are that  the asian vegetarian meal  will most likely consist of an entree with cumin flavored rice, a yogurt based dumpling curry & Stir fried okra. Seriously, been on 3 different carriers and each time this has been the standard offering on the EWR- Europe leg! The Orzo pasta was tasty but had a texture somewhat resembling raw rice flour! 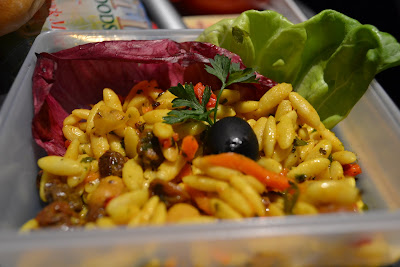 The first leg ended on a stop at a remote bay and when I say remote, I swear,  the plane was parked in the next  town, it took 10+ minutes to be bussed into the terminal.

The next leg had non descript food uploaded from Paris, a biryani that tasted like it was cobbled up with yesterday's leftover rice. Air France's selection of wines is pretty decent. 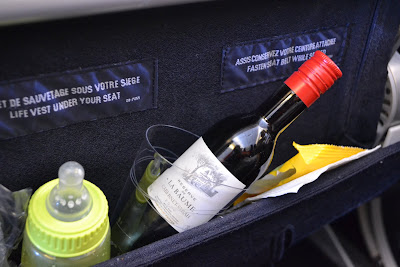 The breads, good to eat (it was WAAY better than the polythene sealed mass manufactured stuff you get on most Americal carriers), better to look at , but hey, its cattle class fare, you get what you pay for! 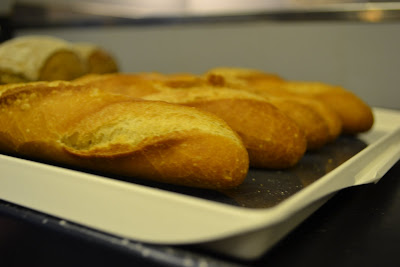 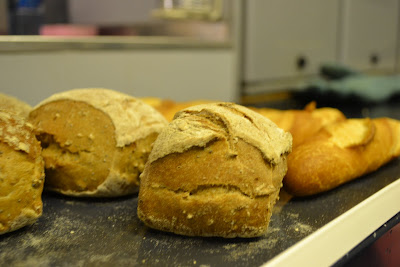 Spent the next 4 days in Mumbai battling jetlag & getting my bare bones basic kitchen up & running. Its a weird feeling when the home is soo familiar, and yet you have to get everything up & running from scratch. it invariably takes you back to  pangs of loss, the painfully sharp realization  that Mommy isn't around anymore to go back home. And yet, the innate foodie  within is already looking for ways to make the best of whats available. Rounded out the week with a religious ceremony celebrating Varalakshmi, he goddess of prosperity. Adorned my right wrist with a yellow sacred thread and cobbled up a simple offering of lentil fritters (recipe follows) 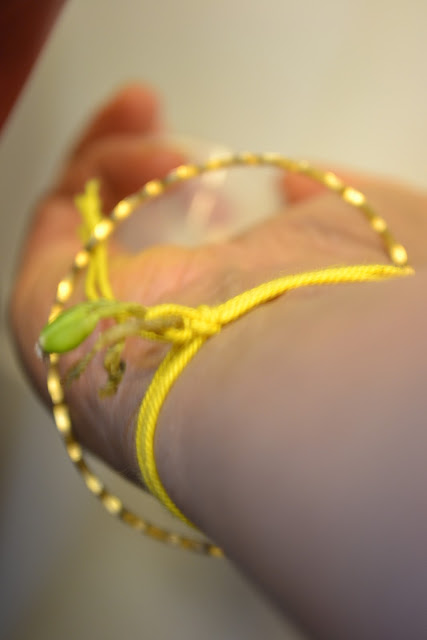 The flight to the southern city of Chennai was on Kingfisher Red, The discount arm of Kingfisher airlines.
They do not have a meal service, but do sell food on board. The vegetarian offerings: 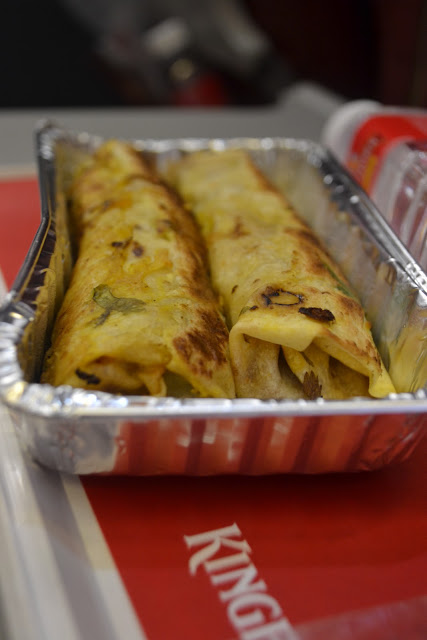 This was basically a grilled wheat tortilla / roti wrapped around a curry.  The filling was a vegetable dish consisting of cauliflower, carrots, potatoes & onions with a tomato base and a strong spice note of cinnamon. It tasted like something one could whip up at home easily. but there is no way a home made version of the kathi roll would tolerate a chewy leathery texture of the roti. One can just as well see this filling in a cylindrical strip of pastry dough, which would probably retain its flaky texture at 30,000 ft! 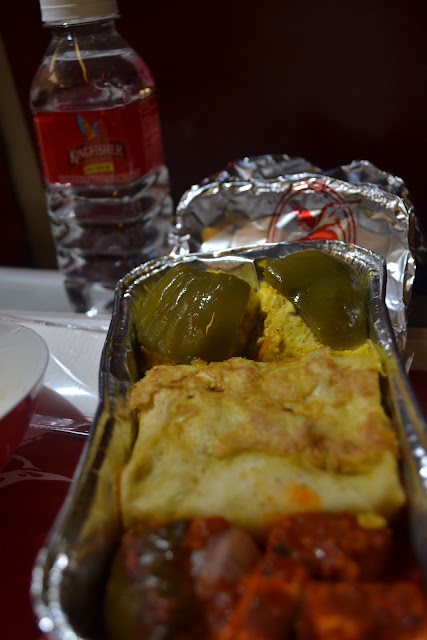 A trio of grilled offerings falling victim to the trend of adding vernacular tags to the name, that have very little descriptive value with respect to the dish. The red part was grilled pineapple chunks and paneer, marinaded in a spicy red chili based marinade. The sweetness of the pineapple paired very well with the spicy chili and the paneer was soft & chewy. I would not mind ordering this in a restaurant!.

The middle section was a 'what were they thinking??' thought evoker!  Stir fried cabbage flavored with cumin stuffed inside a roomali roti & grilled. The roti covering was chewy & the cabbage was not an optimal pairing.

The grilled Hariyali (green) paneer part was quite satisfying. The paneer was well marinaded in a yogurt based marinade resulting in  soft chewy chunks that paired well with green peppers (which were a touch too soft). 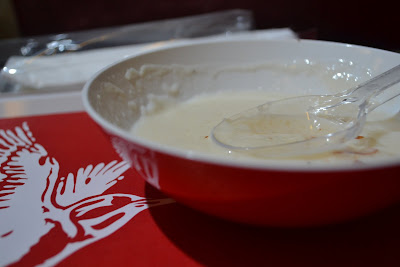 Soak the lentils in warm water for about 2-3 hours till soft. Add the Salt,  curry leaves and the chiles and grind to a coarse paste in a food processor. 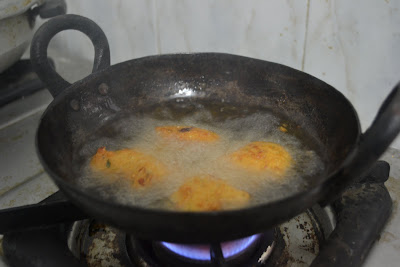 Heat oil in a wok. When hot, drop spoonfuls of the batter into the oil & fry till golden brown. Remove the fritters onto paper towels to absorb excess oil. Serve hot with your choice of chutney & a cup of steaming hot masala tea. 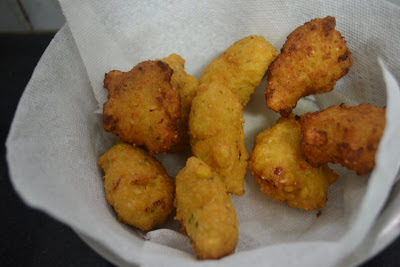