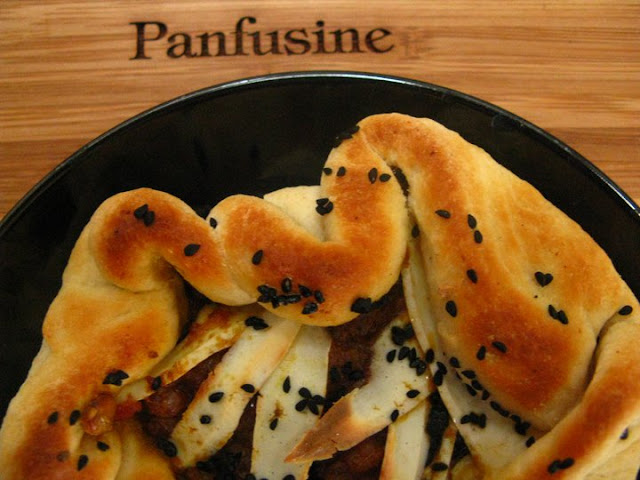 At some point of time in everyone's life there comes a day when 4 different members of the family want five different things for a meal & taking into account Murphy's law, its usually on days when a.) the weather outside is frightful
and
b.) the kitchen pantry is running with a bright orange neon equivalent of a 'low fuel' light,

On one such occasion I was stuck in the middle of making (or rather making do with ) Masoor dal when my 5 year old declares that he wanted Pizza. The good news was that I did have a pack of frozen Pizza dough, but the bad news.. just enough cheese & Pasta Sauce for one 6 inch roti sized pizza.  Once thawed, it only makes practical sense to use it up ASAP & out of this necessity came this culinary invention.

Crostatas are basically just  rustic free form tarts. One of the best descriptions i read about the dish were from this blog http://joycooks.blogspot.com/2009/06/crostata-di-marmellata.html
The take home message: Crostatas are  tarts filled with anything you had left over & a lot of love...

My version is a savory crostata filled up with the Masoor dal subzi I'd made for supper with a bit of left over Paneer thrown in.

For the Filling (a complete recipe for Masoor dal ):

In a pressure cooker combine Masoor Dal and onion, turmeric and cardamom pods with 2 cups water & cook till soft. Set aside
blend the ginger, garlic, red chillies, coriander, cumin and garam masala into a paste. In a skillet heat the oil/ghee and add the paste & cook till the raw smell disappears. Add the crushed tomatoes & salt and cook for ~ 5 minutes.
Add the cooked masoor dal, lower heat & simmer for ~ 10-15 minutes till the flavors are well combined.Ensure that the dal is thick and not runny if using for the crostata. you do not want the liquids from soaking into the dough.


Roll pizza dough into a 6" circle.

line the centre (~ 4inch circle) with slices of paneer cheese and sprinkle with chat masala, 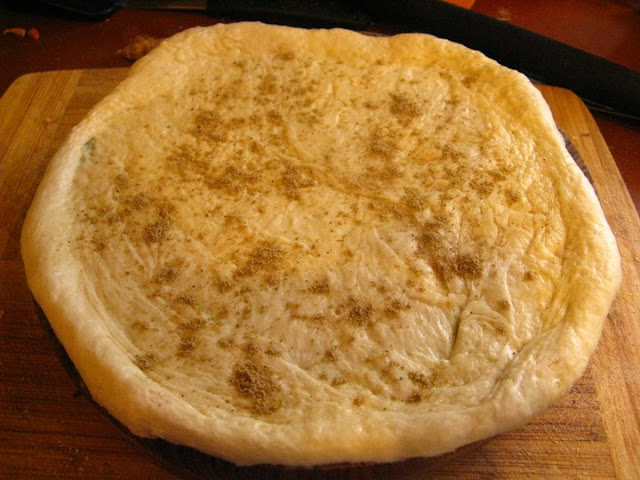 Spoon a tablespoon of masoor dal filling over the paneer.

You may add some extra slivers of Paneer over the dal if desired.

Bring the edges of the dough towards the centre, pinching it together to form a tart. 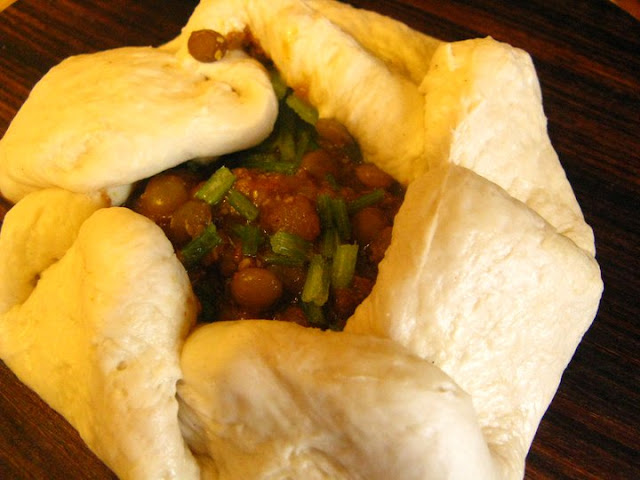 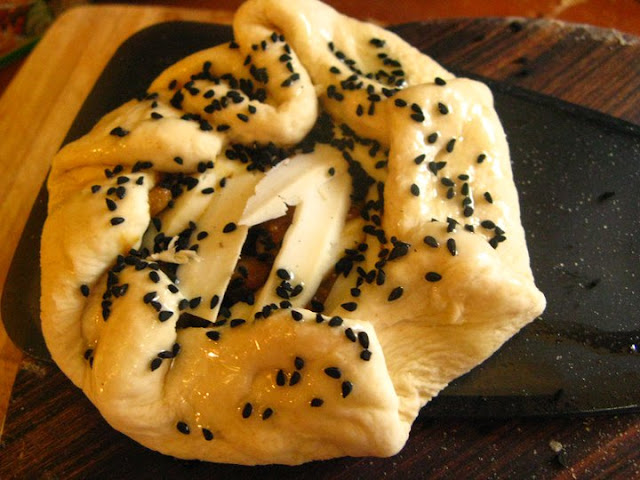 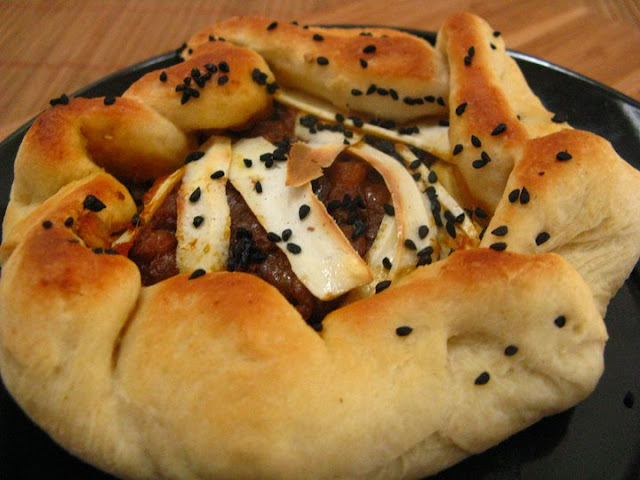 Cut into wedges & serve with a Tall Glass of Lassi... (or Lager!)